Opening up the Samsung SSD 850 PRO and SSD 850 EVO require a hard to find pentalobe screwdriver and you’ll need to cut or remove the label in order to access two of the three screws that hold the cover down. Removing the cover defaces the label and voids your warranty, so we happily used a knife to cut some holes in the labels and took out the tiny screws for you to take a look inside. 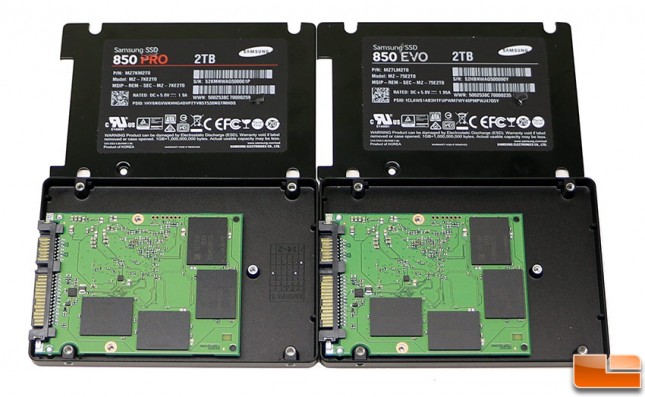 Inside both the 850 EVO and 850 PRO appear to be using the same exact PCB design with four Samsung 3D V-NAND packages located on each side of the green PCB. 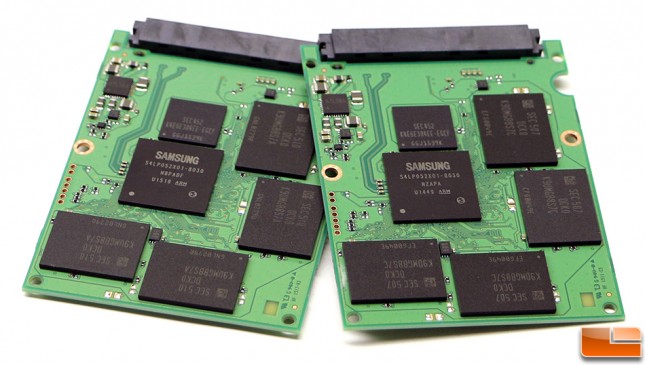 Which drive was the 850 PRO? Flipping the two drives over we see the identical Samsung MHX controllers, 2GB of LPDDR2 memory for caching purposes and the other four Samsung 3D V-NAND packages. Samsung designed the 850 PRO and 850 EVO to have 1MB of cache per GB of storage capacity. 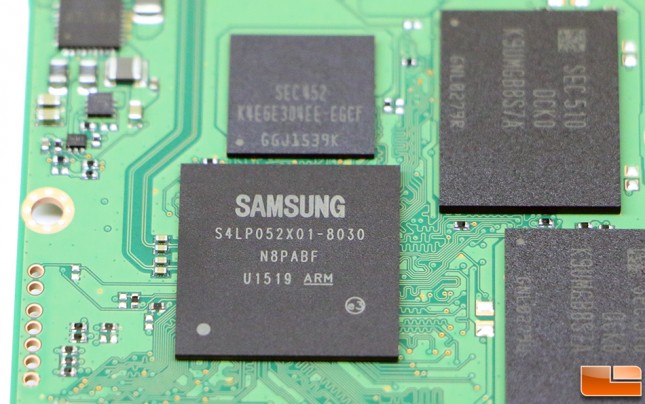 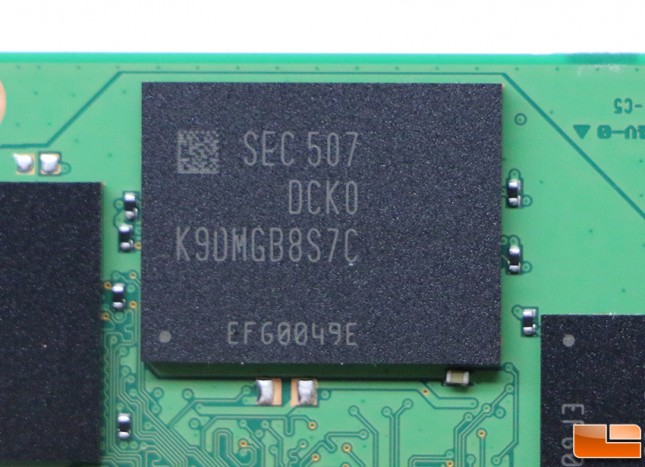 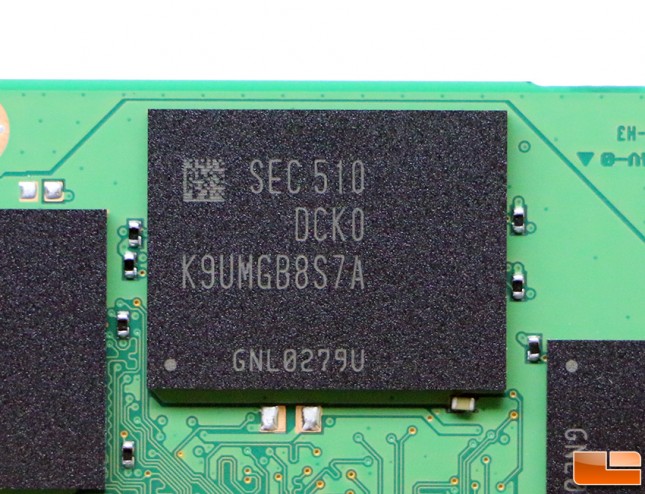 Now that we know what is inside we can move along and start benchmarking these two drives!