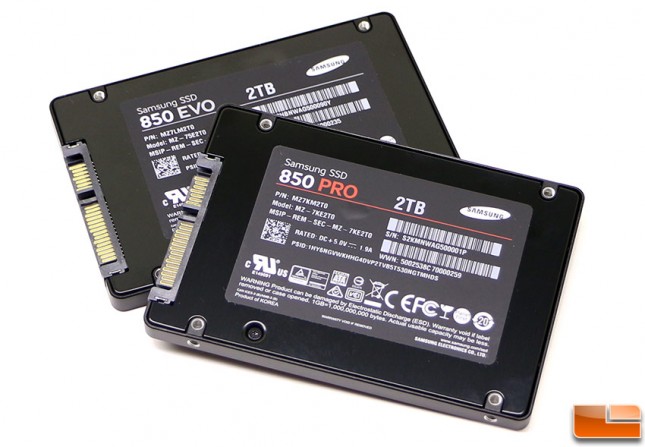 The Samsung SSD 850 PRO and 850 EVO 2TB drives use different amounts of power during write operations, so we were interested in see how the temperatures on the drives would be after a we performed a continual write to the drive for 20 minutes. This means that we wrote about 650 GB of data to the drive, which is more that most people would ever do in a normal consumer setting at one time unless they were backing up something. It should be noted that our test system is on an open air test bench and the SSDs had fans blowing across them to circulate air around them. This really is what we’d consider a worst case scenario as most people don’t do solid writes for 20 minutes on a drive that has no airflow. 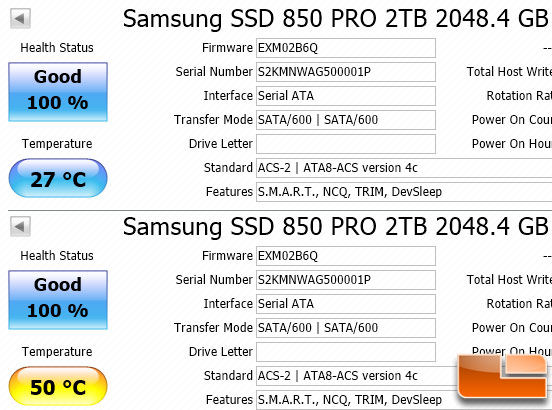 The Samsung SSD 850 PRO 2TB drive had an idle temperature of 27C and topped out at 50C. 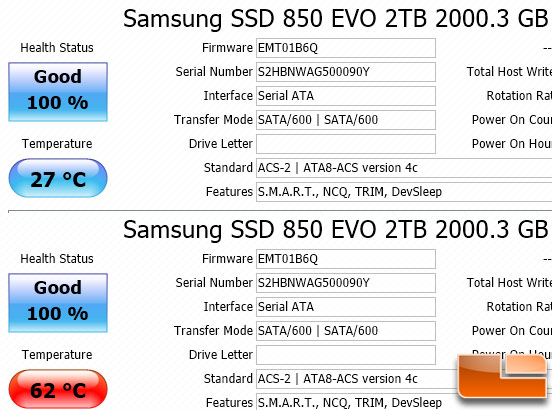