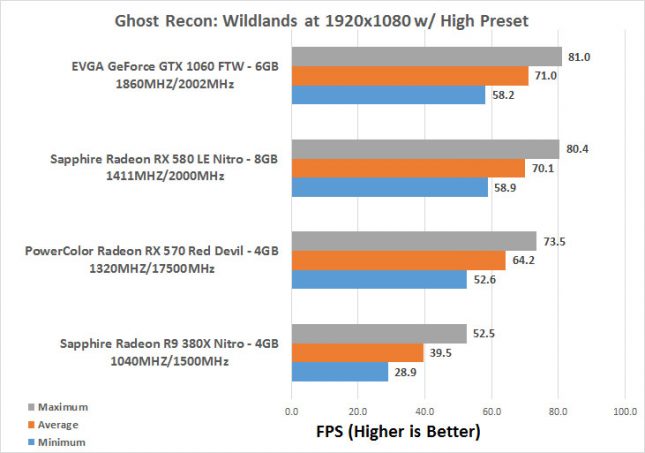 1080P Benchmark Results: Ghost Recon Wildlands is a pretty tough game title when it comes to graphics and at 1080P with just the high preset we were getting around 64 FPS on the PowerColor Red Devil Radeon RX 570. 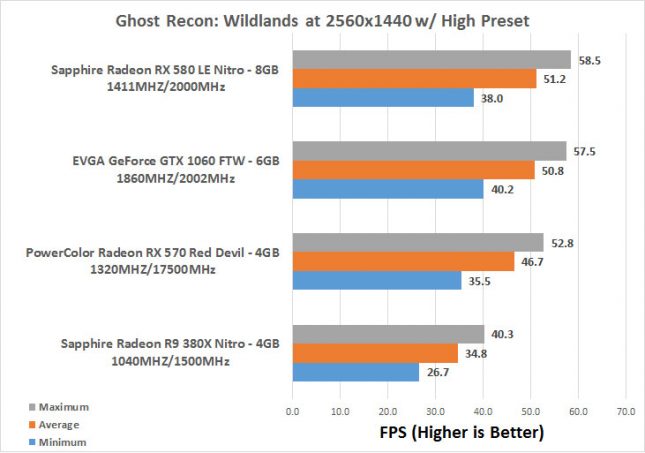 1440P Benchmark Results: With the resolution cranked up to 2560×1440 we now see the PowerColor Red Devil Radeon RX 570 coming in with an average of 47 FPS at this resolution.