The PowerColor RED DEVIL Radeon RX 570 4GB graphics card is already overclocked from AMD’s suggested base clock speed of 1244MHz on a Radeon RX 570 all the way up to 1320MHz. This is a 6.1% increase and a pretty decent factory overclock right out of the box. We didn’t want to stop there though and manually overclocked this Radeon RX 570 squeeze some more performance from the AMD Polaris GPU. 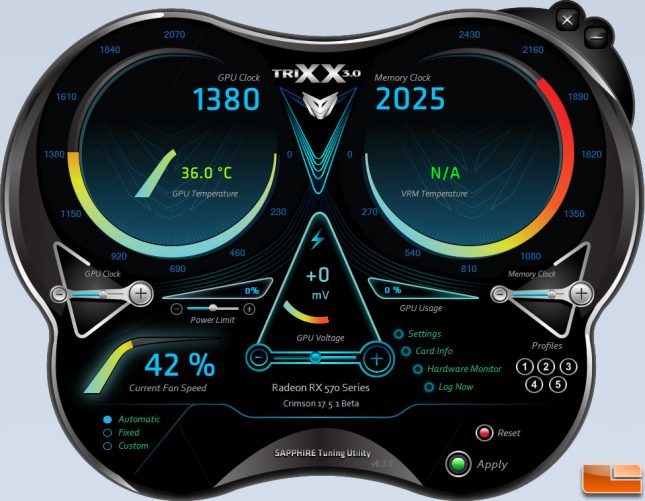 To do overclocking on the PowerColor RED DEVIL Radeon RX 570 4GB graphics card we used the TRIXX v6.3.0 software utility. Overclocking was simple and without messing with the core voltage we were able to get the core clock up to 1380 MHz and the memory up to 2025MHz (8100MHz effective). 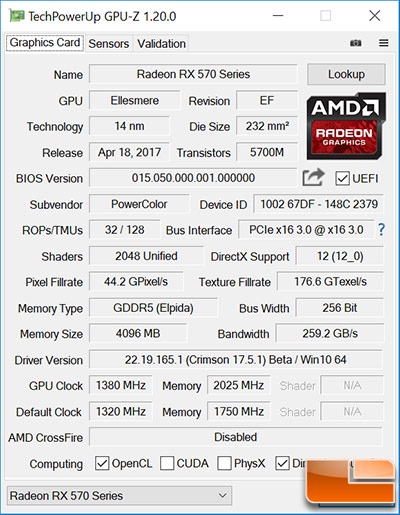 This overclock represents a 4.5% increase on the GPU clock and a 15.7% increase on the 4GB of GDDR5 memory from the cards overclocked clock speeds. If you go back to the AMD Radeon RX 570 reference clocks of 1244MHz on the core this is a 10.9% overclock! 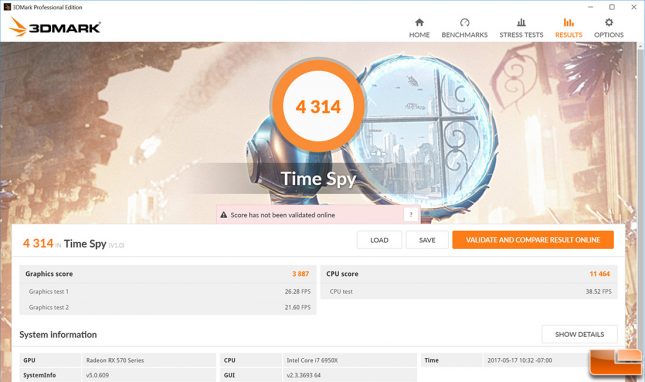 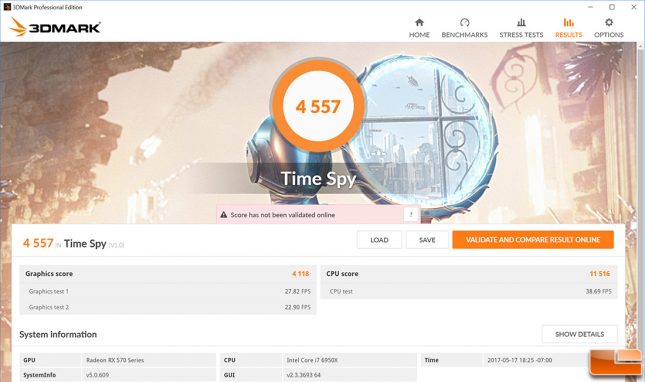 By overclocking the PowerColor Red Devil Radeon RX 570 graphics card we were able to take the score of 4,314 points on 3DMark Time Spy and raise it up to 4,557. This is a 243 point increase in our overall 3DMark score, which represents a performance gain of 5.6 percent. The overall FPS average in Graphics Test 1 went from 26.28 to 27.82, which is a also a 5.8% performance gain in this particular graphics test. 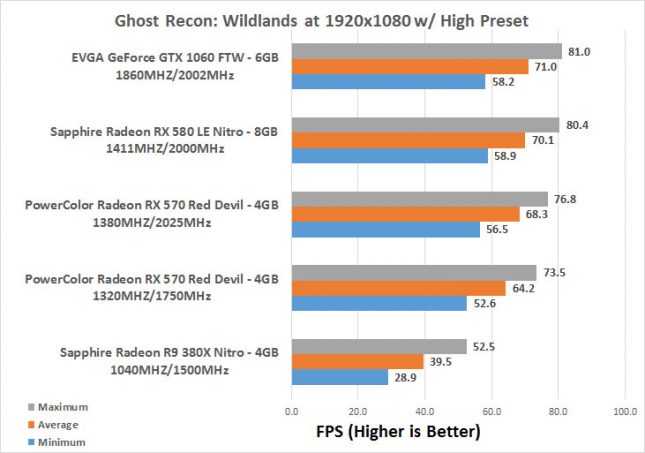 In real game titles we found about the same performance increase. For example in Ghost Recon: Wildlands our 1080P gaming performance went up 6.4% and that put us just slightly behind an factory overclocked Radeon RX 580 graphics card!