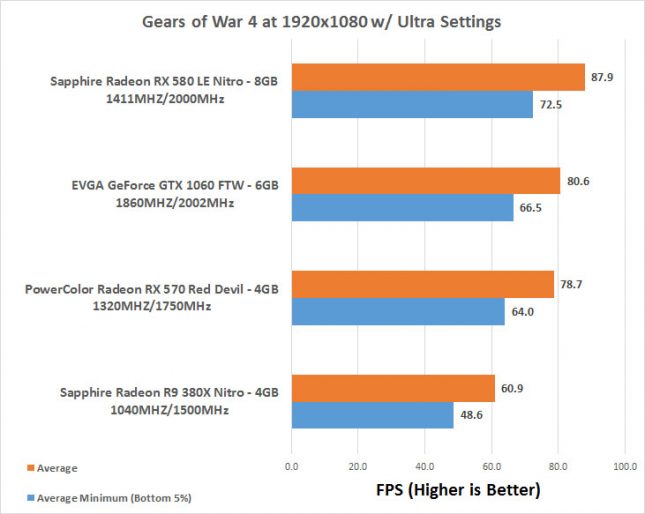 1080P Benchmark Results: The PowerColor Red Devil Radeon RX 570 4GB easily handled Gears of War 4 at the Ultra Preset and turned in a solid 78.7 FPS average frame rate and the average of the bottom 5% was just 64.0 FPS. This solid test result gave the PowerColor Red Devil Radeon RX 570 4GB a 29% performance advantage over the 380X and was just slightly behind the GeForce GTX 1060 6GB. 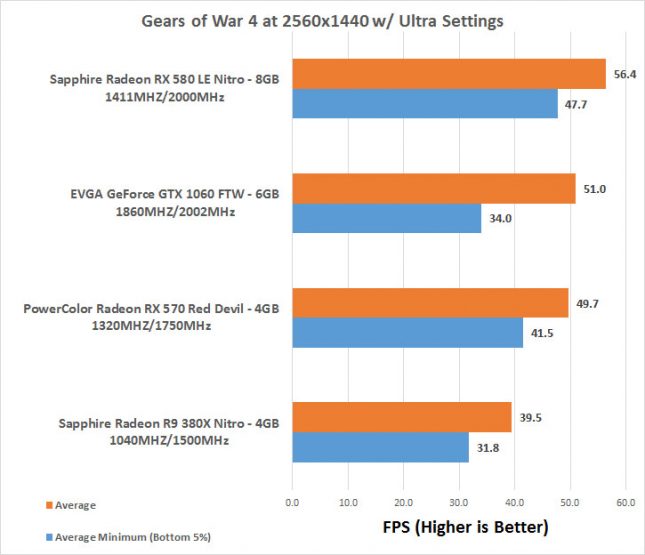 1440P Benchmark Results: At this tougher screen resolution we see the PowerColor Red Devil Radeon RX 570 4GB averaged 49.7 FPS and that is 26% higher than the 380X.