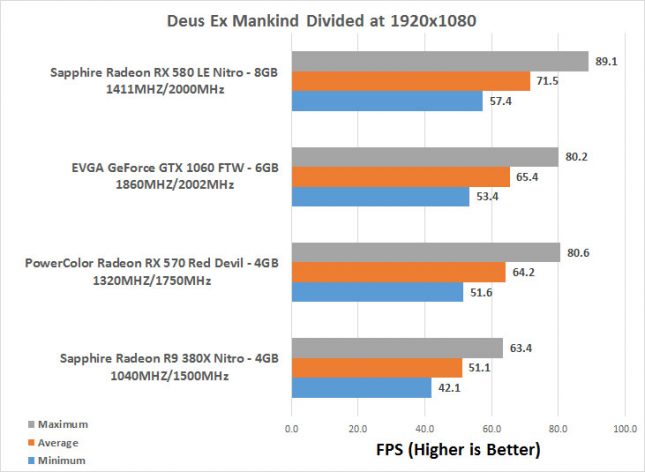 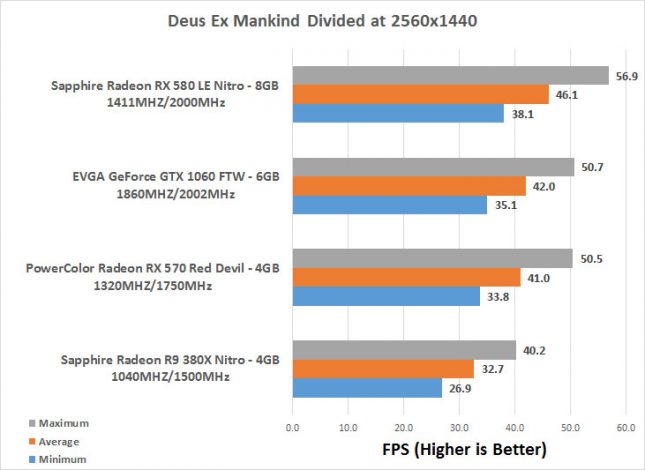 1440P Benchmark Results: On a 1440P display we found that none of these four graphics cards could even reach 60 FPS with the high image quality preset, so to play this tough DX12 game title at 1440P you’ll need to drop it down to medium. The PowerColor Red Devil Radeon RX 570 4GB was 25% faster than the 380X, so if you have an older graphics card you can get a nice boost in performance by moving up to a Radeon RX 570 or Radeon RX 580.