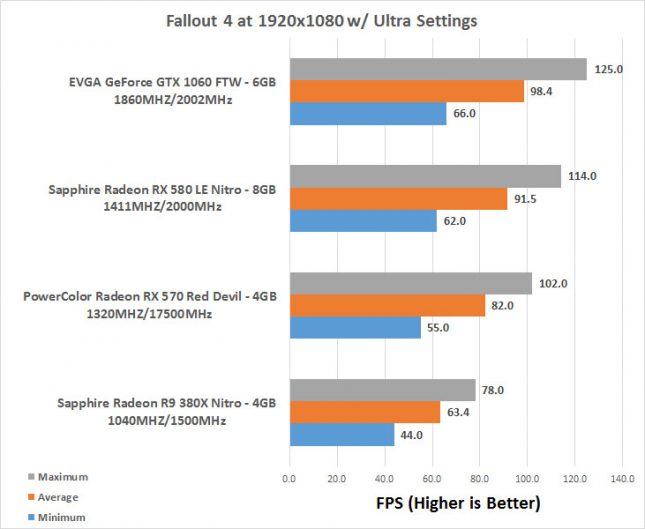 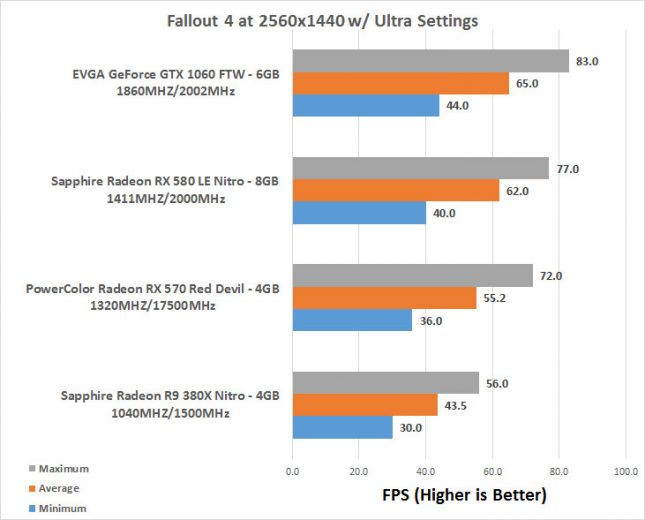 1440P Benchmark Results: With the resolution cranked up to 1440P the PowerColor Red Devil Radeon RX 570 came in at 55 FPS on average with the lows dipping down into the 30’s.