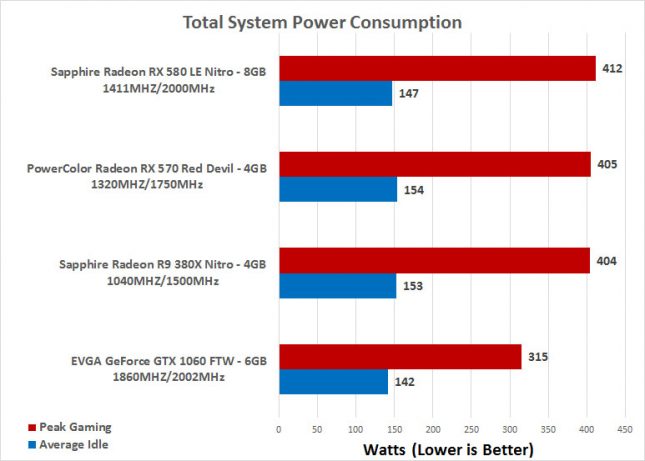 Power Consumption Results: With the PowerColor RED DEVIL Radeon RX 570 installed in the system we topped out at 405 Watts when running BF1 at 1080P resolutions and used 155W at idle. AMD isn’t winning the efficiency battle as the GeForce GTX 1060 FTW card by EVGA topped out at just 315 Watts, so the competing NVIDIA cards around this price point use nearly 100W less power!