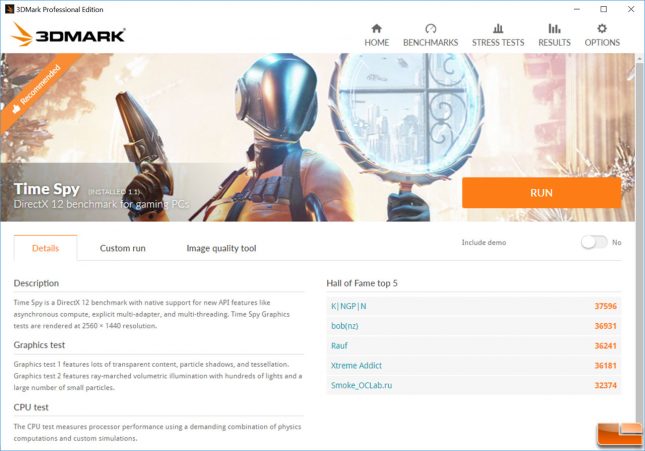 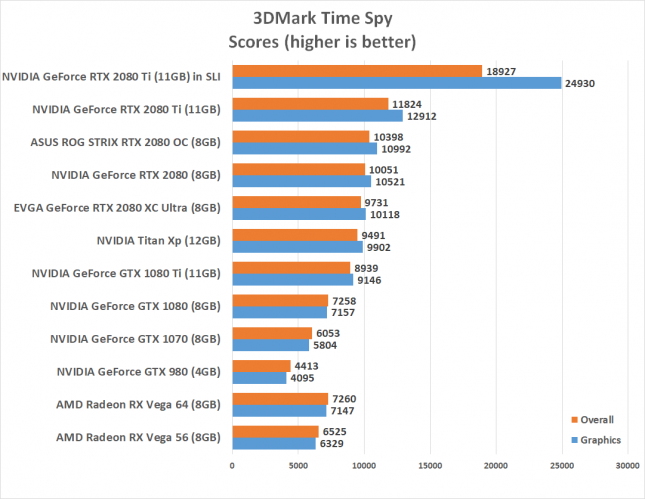 In this DX12 benchmark found the NVIDIA GeForce RTX 2080 Ti scored 11,824 points and the GeForce GTX 2080 Ti SLI setup came in with a score of 18,927 points. This is an improvement of 60% in the overall score. If you look at the Graphics Score the performance went up 93%. That is the same improvement that we saw on Strange Brigade, so that is now two tests that we ran that gave us 93% scaling! 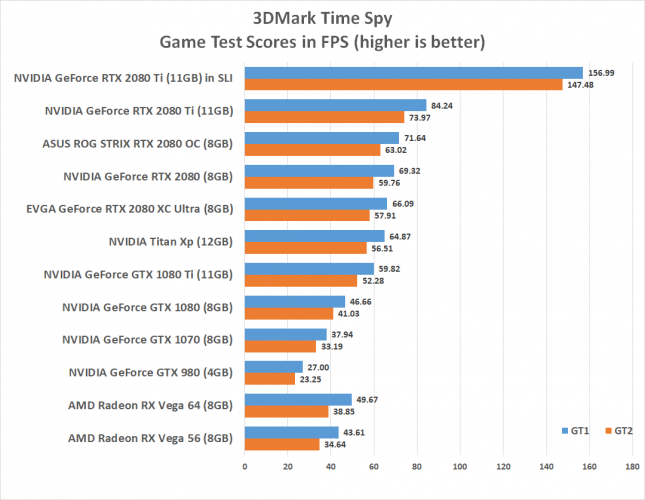 Here are the FPS results for Game Test 1 (GT1) and Game Test 2 (GT2) that are done in 3DMark Time Spy at the 1440P display resolution. We are seeing 99.4% scaling in GT2 and 86.4% scaling in GT1. It doesn’t get much better than that folks and it would be amazing if real world game titles saw scaling like that!