We used the Cyan Room to benchmark our cards as it is a DirectX 12 benchmark. Sitting between the Orange and Blue Rooms, it features a large, complex scene and many eye-catching effects.
Cyan Room shows how using an API with less overhead can help developers deliver impressive VR experiences even on modest PC systems. The target frame rate for the Cyan Room benchmark when running in desktop mode is 109 FPS. The rendering resolution is 2264 1348, which is 1132 1348 per eye. 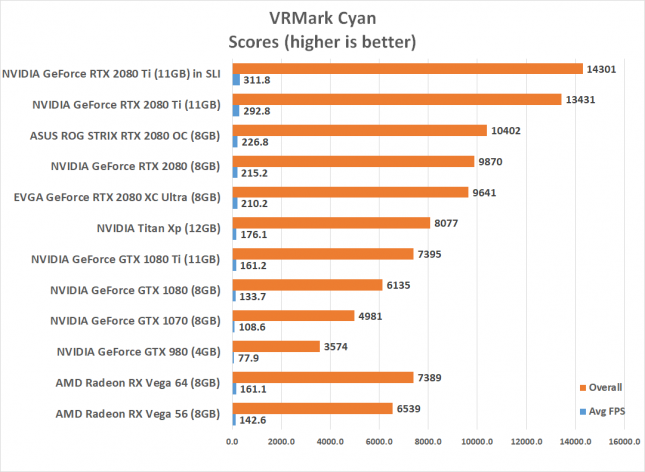 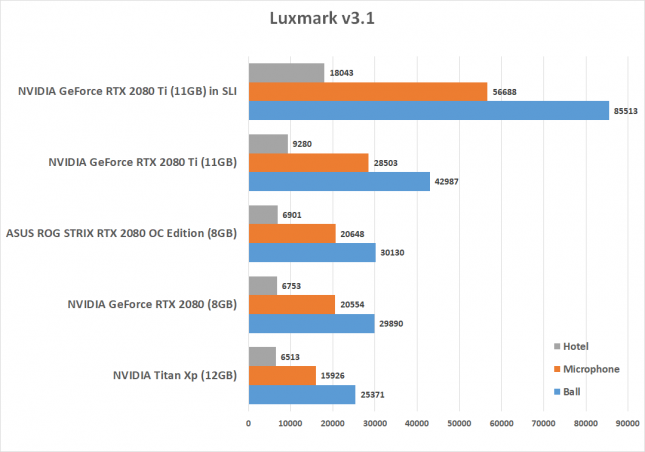 Benchmark Results: The NVIDIA GeForce RTX 2080 Ti scored 42,987 points on the ball scene and with a second card in the system and SLI enabled we managed to reach 85,513 points. We are getting 98.9% scaling on this scene! We also got 98.9% scaling on the Microphone scene and 94.4% scaling on the Hotel scene. Amazing scaling results by NVIDIA here on this OpenCL benchmark.