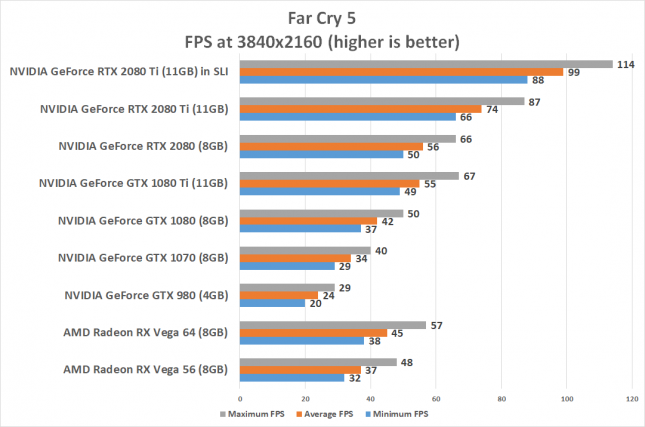 Benchmark Results: With one GeForce RTX 2080 Ti on the test bench we were averaging 74 FPS and with SLI enabled we were able to improve that average to 99 FPS. This is a 33% improvement in average FPS performance.