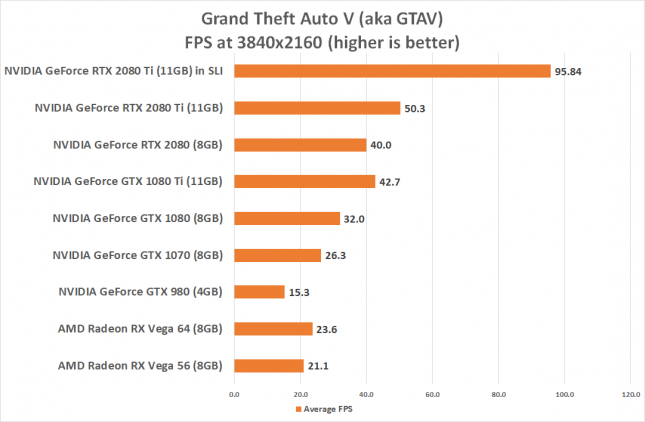 Benchmark Results: We went from an average of 50.3 FPS to an incredible 95.8 FPS on GTAV! This is an incredible 90% performance improvement by running the GeForce RTX 2080 Ti in SLI.