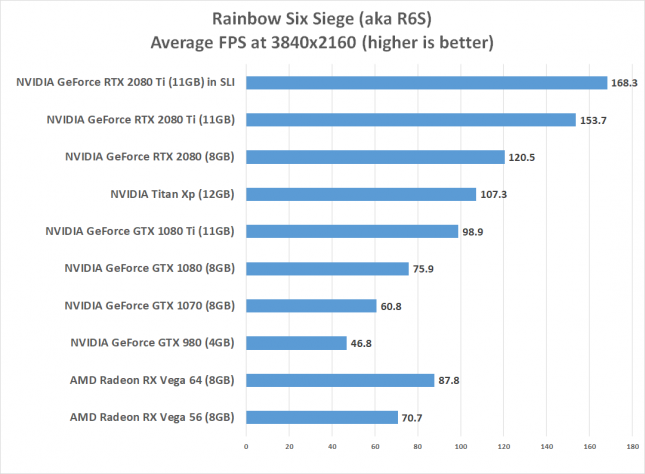 Benchmark Results: Playing Rainbow Six Siege in 4K on an NVIDIA GeForce RTX 2080 Ti gives you a great gaming experience and you really don’t need to spend the money for another RTX 2080 Ti to get any improvements. We saw a 9.5% performance improvements by enabling SLI on this game title and we are more CPU bound by the Intel Core i7-8086K processor than being GPU bound even here at a 4K display resolution.