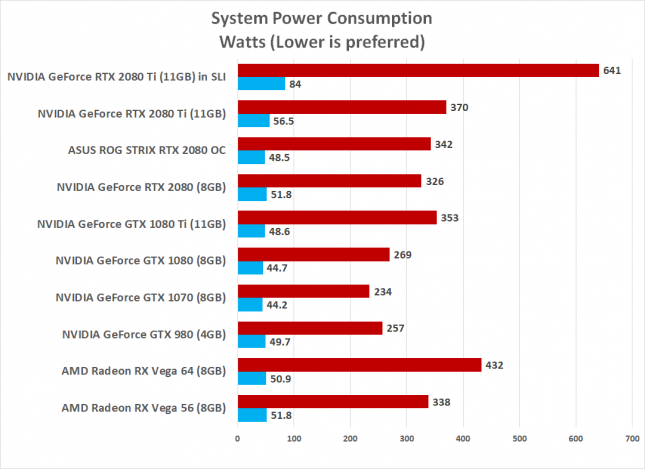 Power Consumption Results: Our entire system was pulling just 370 Watts while gaming with one GeForce RTX 2080 Ti and that increased to 641 Watts with a second card in the system.Our Corsair RM1000X power supply on our test system was easily able to power this setup and we didn’t have any power or temperature concerns.