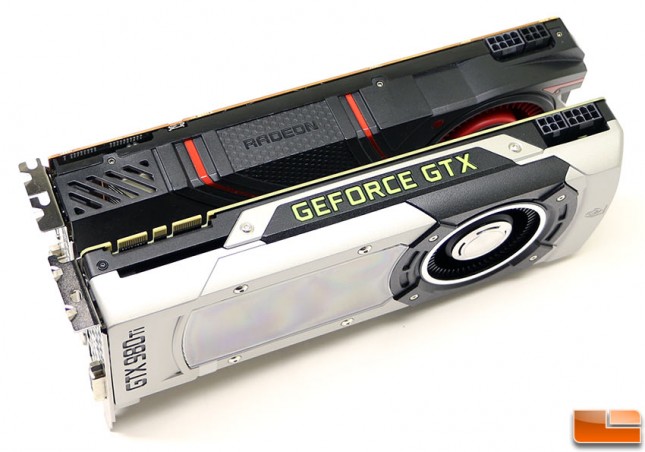 The NVIDIA GeForce GTX 980 Ti performed very well in our testing and we are quite impressed by the card and the performance level that you get from this $649 card. The GeForce GTX 980 Ti was running over 1200MHz in stock trim and tore up the game benchmarks and was usually just couple frames per second slower than the GeForce GTX Titan X and that is amazing considering the price difference. NVIDIA won’t be selling many GeForce GTX Titan X video cards now as the only people gunning for those will be those gamers that simply want the best and are not bound by any budget concerns. The AMD Radeon R9 290X video card (currently $329.99 shipped) is finally was introduced in 2013 and the performance is really starting to look that way as well. The NVIDIA GeForce GTX 980 Ti is in an entirely different class than the AMD Radeon R9 290X! 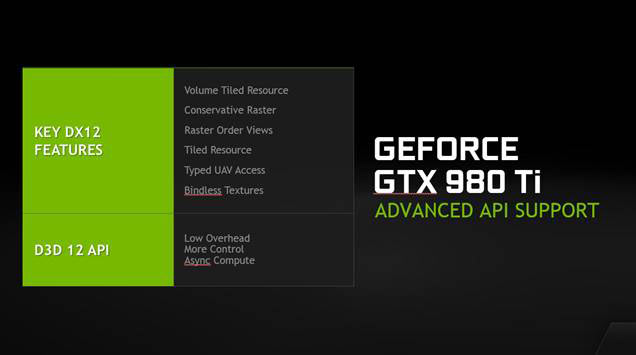 NVIDIA has also come out and said that the GeForce GTX 980 Ti will be support DirectX 12 Feature Level 12.1 with support for more advanced features like a conservative raster and raster ordered views. AMD issues Legit Reviews a statement on DirectX 12 support on their current cards and then asked us moments later not to publish that information. Why AMD is being secretive about DirectX 12 support on Hawaii is certainly odd, but NVIDIA has been very forthcoming about the DX12 support they will offer.

NVIDIA GeForce GTX 980 Ti cards are out now and are available from all of the NVIDIA partners this very second. There are the usual reference cards (shown below) and then the whole gamut of cards that feature custom cooling and factory overclocks that you can pick from! 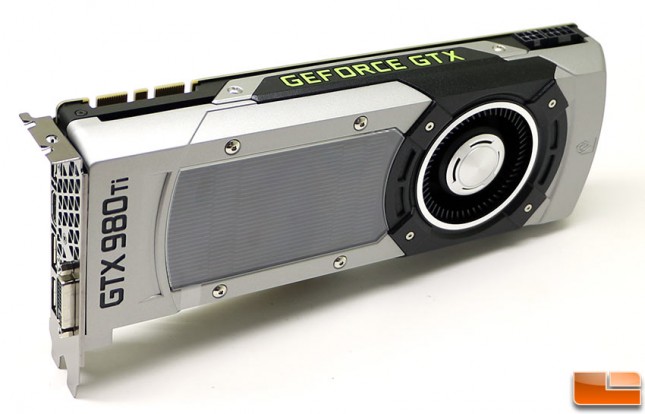 As we mentioned in the introduction, AMD is releasing the Radeon Fury X next week according to rumors and we wouldn’t blame you if you waited until that came out to make your purchasing decision. Spending $650 on a video card is a sizable amount of cash and we are just days away from seeing how Maxwell will be able to handle Fiji!

Legit Bottom Line: The NVIDIA GeForce GTX Titan 980 Ti is a beast that destroys the AMD Radeon R9 290X, but how it will perform compared to the AMD Radeon Fury is still unknown.