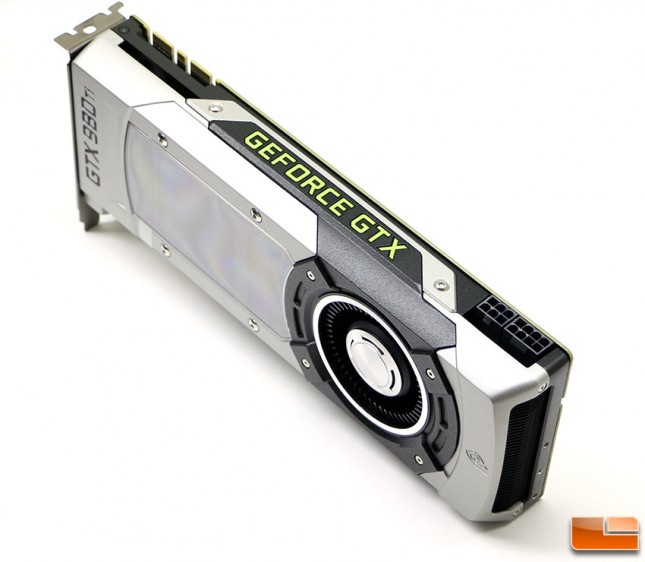 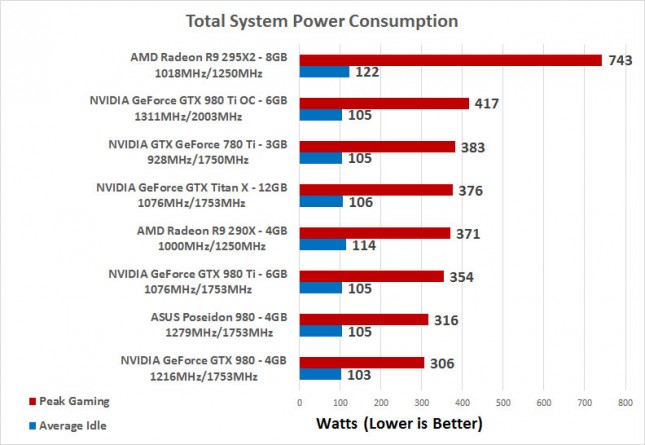 Power Consumption Results: The NVIDIA GeForce GTX 980 hit 354W with the stock clock speeds and then when overclocked we observed the system pulling 417W from the wall thanks to the increased power target and raised clock speeds. The AMD Radeon R9 295X2 led many of the performance tests, but it also uses by far the most power to get those performance numbers! The AMD Radeon R9 295X2 peaked at 743W in BF4 and that is a staggering 367 Watts more than a stock GeForce GTX Titan X.