The NVIDIA GeForce GTX 980 Ti is no slouch at stock speeds, but if you are comfortable using an overclocking utility like EVGA Precision X you can take this already powerful card and get even more performance from the GM200 ‘Maxwell’ GPU. This is due to the fact that NVIDIA left plenty of overhead with particular GPU for enthusaists and gamers to tap into if they wanted to push the envelope a little bit. The NVIDIA GeForce GTX 980 Ti is power limited in most game titles, so it will benefit from additional power. 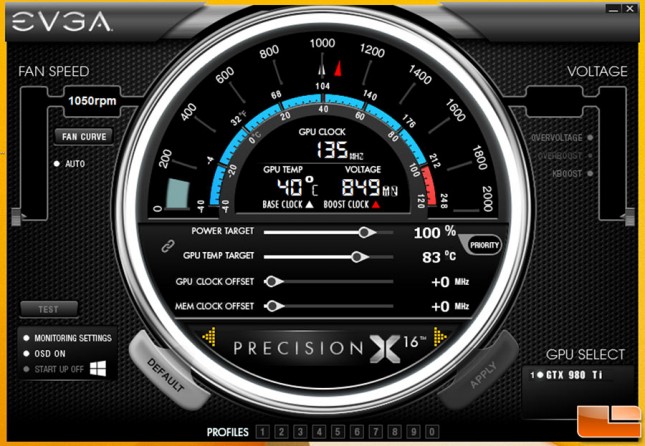 We installed a latest version of the EVGA PrecisionX 16 overclocking utility to overclock the NVIDIA GeForce GTX TitanX video card! You can use whatever software utility you like for overclocking, but this our personal favorite and the one we’ve used the most. 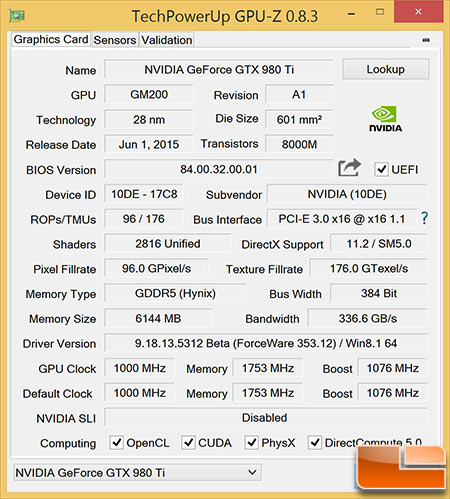 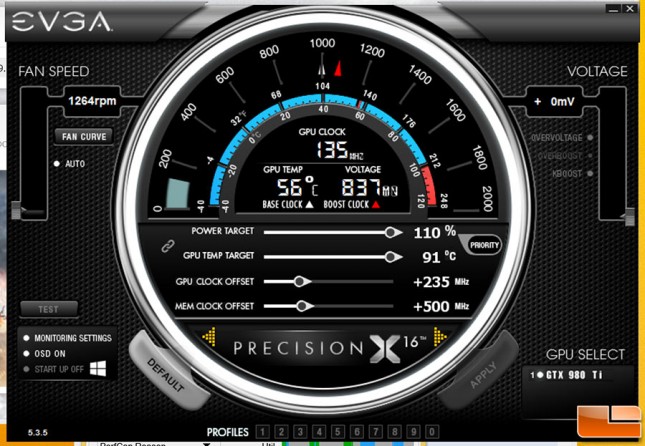 The NVIDIA GeForce GTX 980 ti is pretty open when it comes to overclocking. You can increase the power target to 110% and if you leave the GPU Temp Target locked it will automatically increase to 91C. We pushed the GPU Clock offset to +235MHz and the Mem Clock Offset to +500MHz on our card and found it was stable in the game titles that we tested. 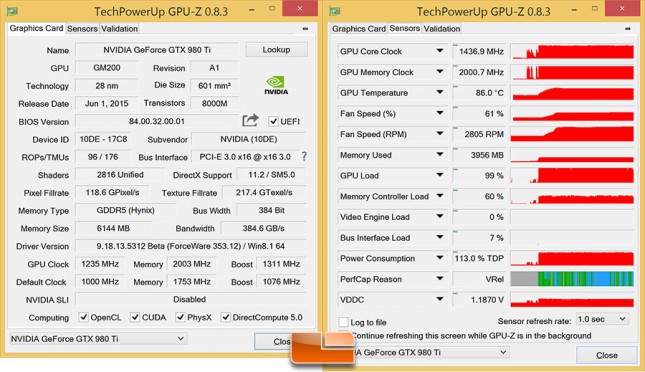 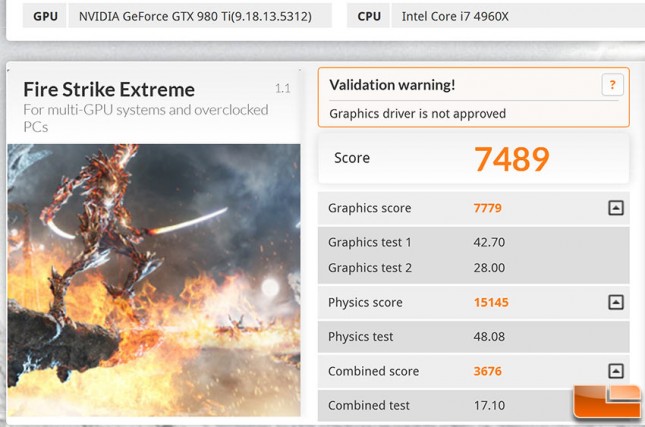 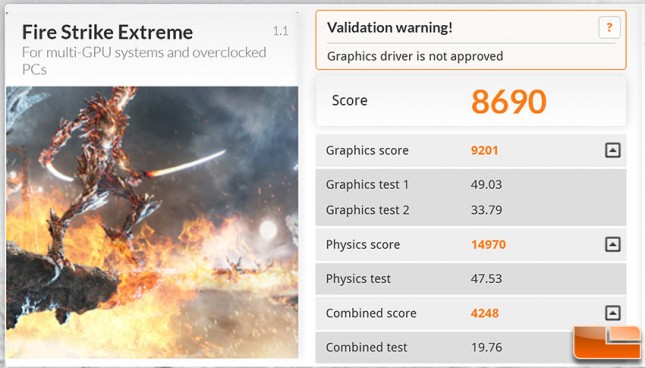 By overclocking the NVIDIA GeForce GTX 980 Ti 6GB reference card we were able to take the score of 7489 on 3DMark Fire Strike Extreme and raise it up to 8690. This is a 1201 point increase in our overall 3DMark score, which represents a performance gain of 16 percent. The overal FPS average in Graphics Test 1 went from 42.70 to 49.03, which is a 14.8% performance gain in the graphics test.

We benchmarked the GeForce GTX980 Ti overclocked to +235MHz core and +500MHz memory for this review so you can see how the card performs both with stock clock speeds and then pushed to the outer limits of where you’d want to have a 24/7 overclock without any voltage adjustments.