Temperatures are important to enthusiasts and gamers, so we took a bit of time and did some temperature testing on the NVIDIA GeForce GTX Titan X video card. 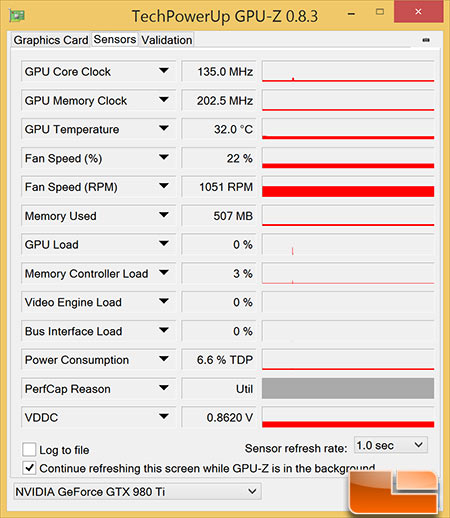 At idle we found the GPU core temperature was 32C with the single fan on the NVIDIA reference cooler running at 22% or 1050 RPM. 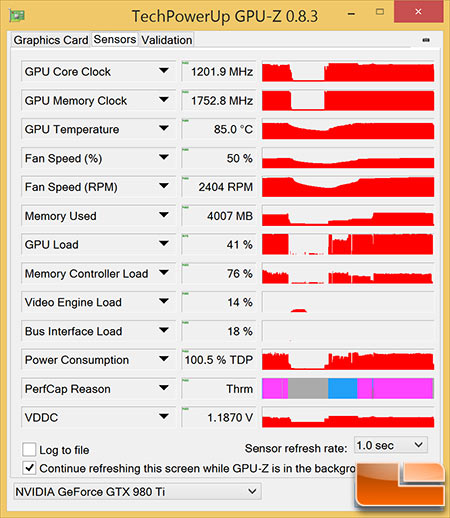 When gaming we hit 85C in a room with a temperature of 70F (21C), so nothing different from what you’d expect to see on high-end Maxwell GPU based cards. When running all the games in our benchmark suite we saw that we hit a maximum boost clock frequency of 1202MHz, which is higher than we saw on the GeForce GTX Titan X as that card hit just 1164MHz. One of the reasons that the performance difference is so small on these two cards is that the GTX 980 Ti appears to be boosting higher than the GTX Titan X! 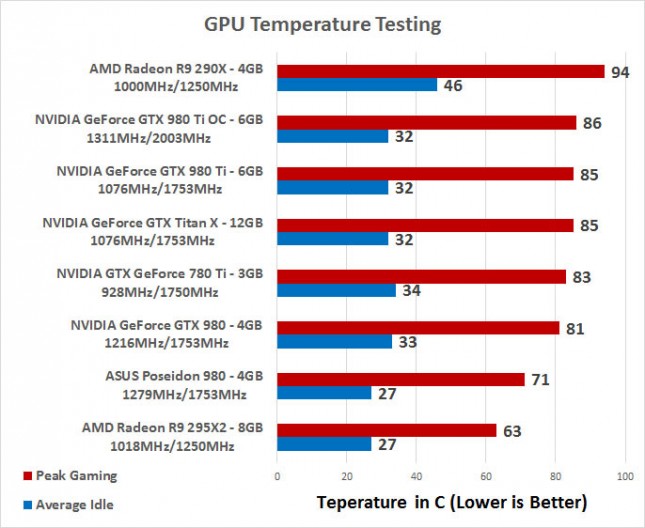 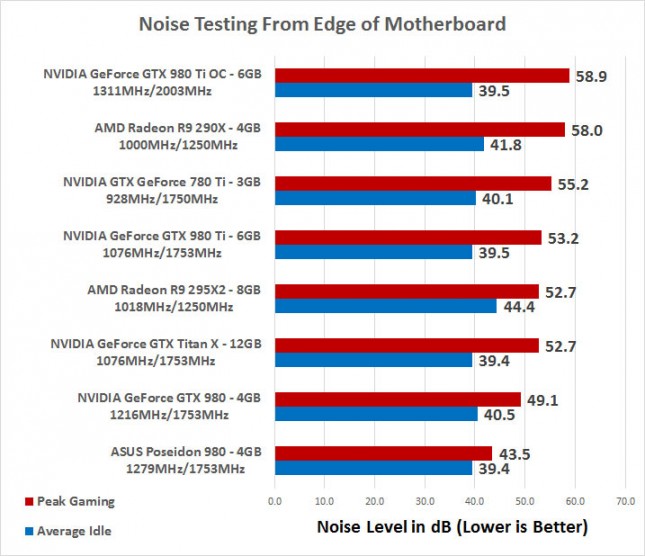 The NVIDIA GeForce GTX 980 Ti is a fairly quiet card at both idle and when heated to full operating temperature. When you overclock the card though by raising the power limits you’ll see than the fan speed jump up to over 60% (2800RPM) and you’ll hear the difference. Overclocking increased our fan speed by 400 RPM, so one of the downsides of overclocking will be increased noise levels from the GPU cooler trying to handle the extra heat from the GPU and other components.