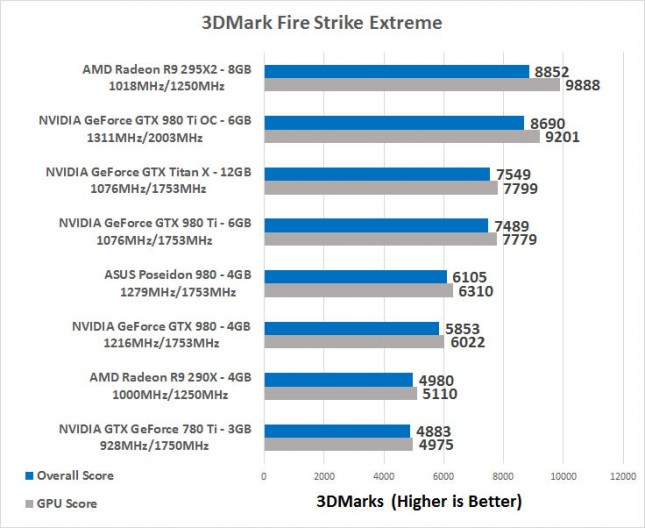 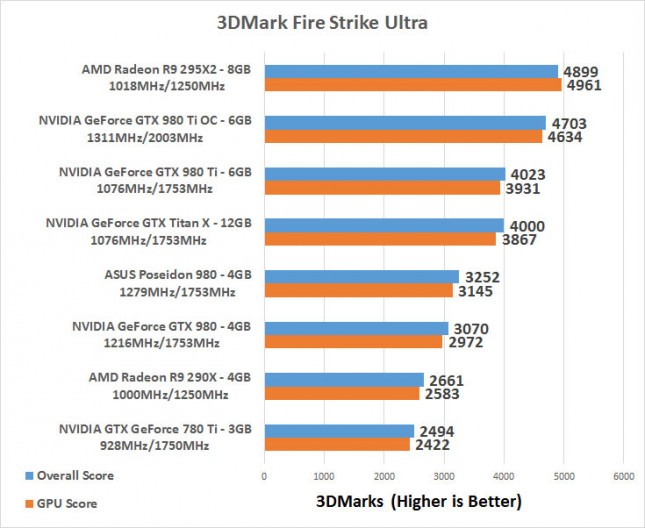 Benchmark Results: The 3DMark Fire Strike Ultra ‘4K’ benchmark had the GeForce GTX Titan X coming in at 4,000 and the GeForce GTX 980 Ti coming in slightly ahead of that with a score of 4,023 despite having half the memory and ~8% fewer shader and texture resources!