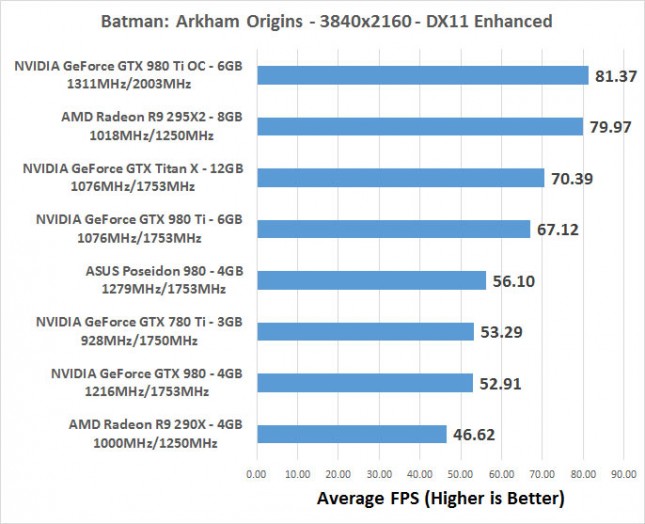 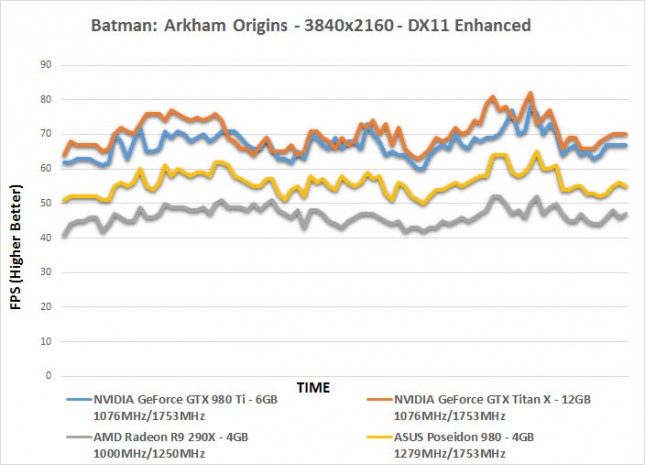 Benchmark Results: When you look at performance over time, the GeForce GTX Titan X 6GB graphics card dropped below 60 FPS on our Ultra HD (3840×2160) test setup just for a couple brief seconds.