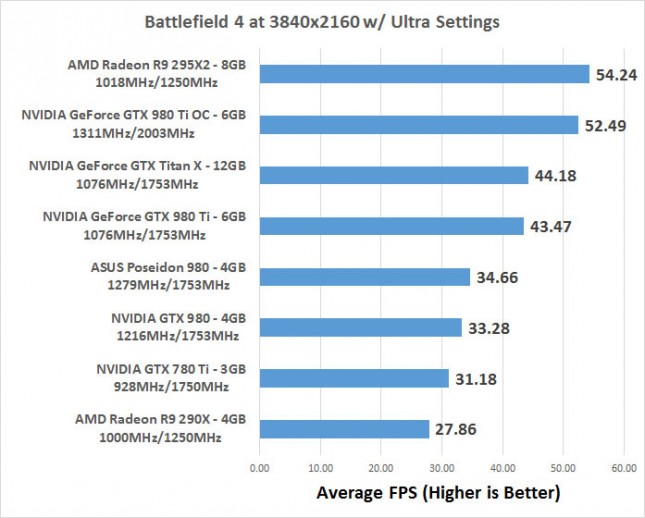 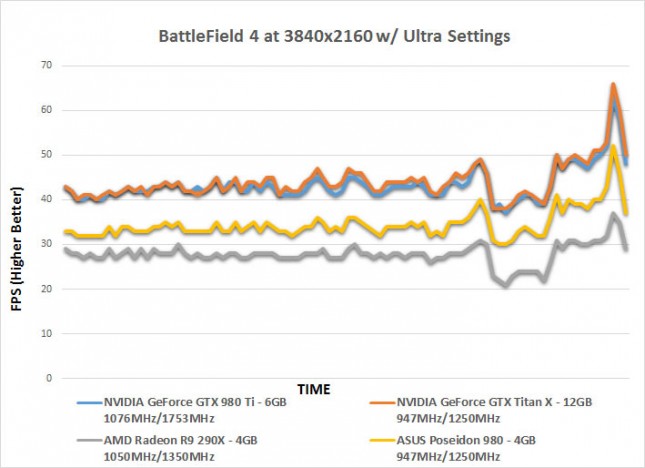 Benchmark Results: The GeForce GTX 980 Ti and Titan X looked nearly identical when we graph the frame rate performance over time at 3840×2160.