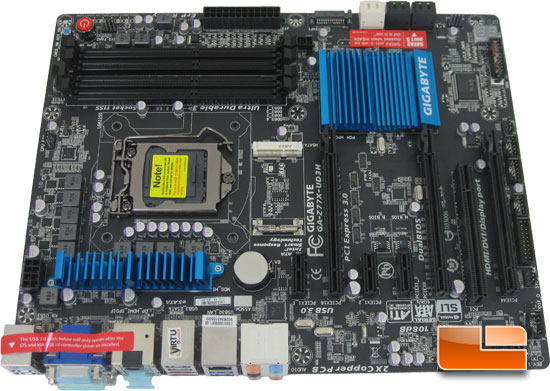 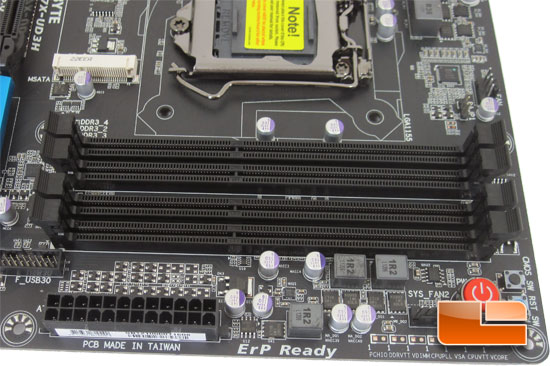 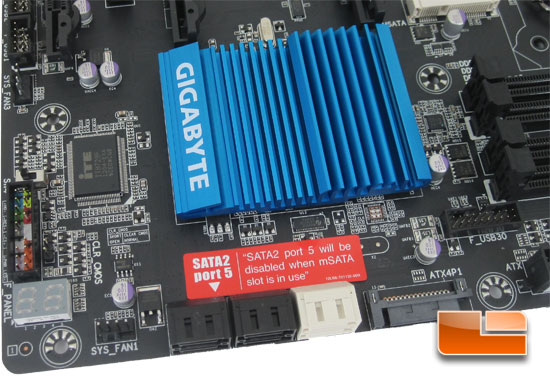 We mentioned above that we were missing the LED Debug display, for some odd reason GIGABYTE opted to move it down to this corner. We are also lacking a number of features on this corner that we saw on the Z77X-UD5H WiFi. The UD5H has an additional two internal SuperSpeed USB 3.0 headers along the edge, as well as three more SATA III 6Gbps ports which were controlled by a pair of Marvell 88SE9172 controllers that aren’t on the Z77X-UD3H. Along the edge of the board we the front panel header, BIOS selector switch, and a pair of 4pin system fan headers. 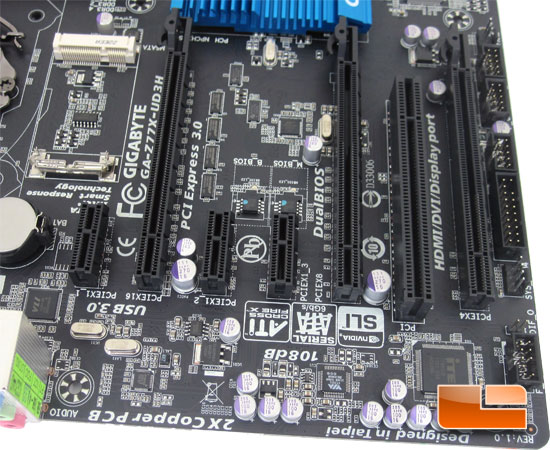 While the look and layout of the expansion slots is identical to the UD5H, we don’t need an Intel ‘Ivy Bridge’ processor to take advantage of the PCIe x4 slot. Though if we do use the PCIe x4 slot we will loose the functionality of all of the PCIe x1 slots. The reason that they didn’t do this with the Z77X-UD5H WiFi is that we would loose the ability to run the Bluetooth 4.0 + WiFi card included with that motherboard.

The layout of the I/O panel is different than what we saw on the Z77X-UD5H WiFi, though we have mostly the same ports. The GIGABYTE Z77X-UD3H has six SuperSpeed USB 3.0 ports on the I/O panel, though only the two under the Gigabit LAN are through the Intel Z77 chipset. The remaining four are operated through a VIA VL800 controller. 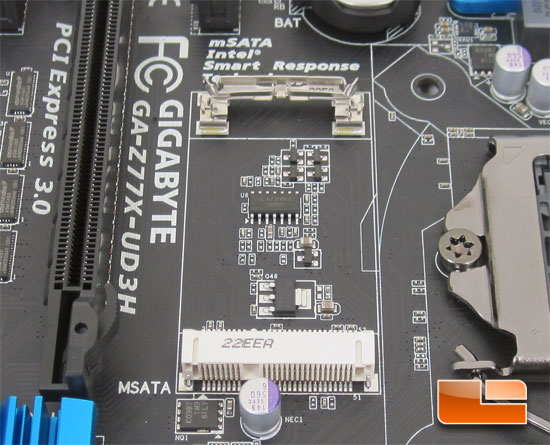 Both of the GIGABYTE motherboards feature the mSATA port next to the Intel LGA1155 socket, and both feature the same issue of disabling a pair of the SATA II 3Gbps ports.