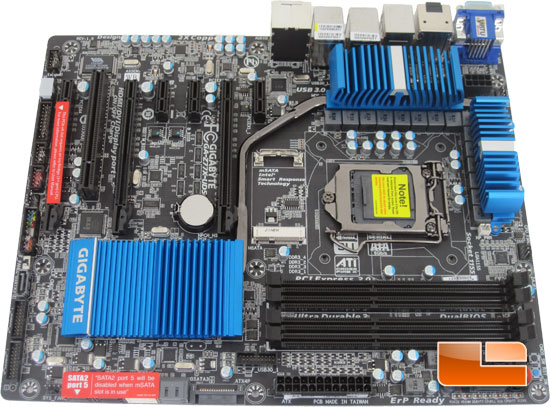 The GIGABYTE Z77X-UD5H is built on a black PCB with blue heatsink assemblies. Overall it’s a sharp looking motherboard. Granted looks will, or should always take a back seat to the overall performance. GIGABYTE moved to the black PCB on their motherboards with the launch of the Intel P67 chipset last year and hasn’t looked back, personally I think it was a great move. 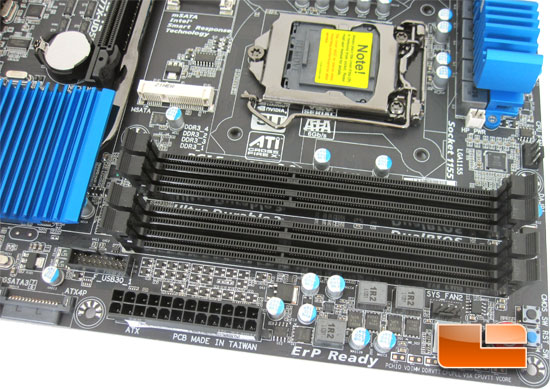 The GIGABYTE Z77X-UD5H WiFi features the typical four DIMM slots found on most LGA1155 motherboards (some only have two). The Z77X-UD5H will support up to 32GB of DDR3 memory with frequencies ranging up to an impressive 2400MHz! To the top right of the DIMM slots is the 4pin header for the CPU fan, we can also see the System Fan header #2 below the DIMMS which is also a 4pin header. On the corner of the Z77X-UD5H WiFi we can see the onboard buttons that include a power, reset, as well as the ever important Clear CMOS button. To the left of the onboard buttons is the onboard LED Debug display. At the lower left of the DIMM slots is the onboard internal SuperSpeed USB 3.0 header. 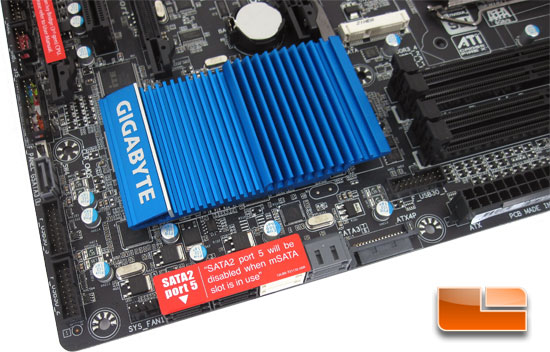 The GIGABYTE Z77X-UD5H WiFi has a a total of eight internal SATA connectors. Looking at the SATA connectors left to right, we have four SATA II 3Gbps ports (black) two SATA III 6Gbps ports controlled by the Intel Z77 chipset (white) and two SATA III 6Gbps ports controlled by one of two Marvell 88SE9172 controller. To the immediate left of the SATA ports is the system fan #1 header which is a 4pin fan header. Moving our eyeballs up along the left of the board we can see an additional two internal SuperSpeed USB 3.0 headers, BIOS selector switch, as well as a ninth port that runs at SATA III 6Gbps. This SATA III port is controlled by the second Marvell 88SE9172 controller. To the right of the SATA ports is a single SATA power connector to deliver additional power to the PCIe x16 expansion slots. 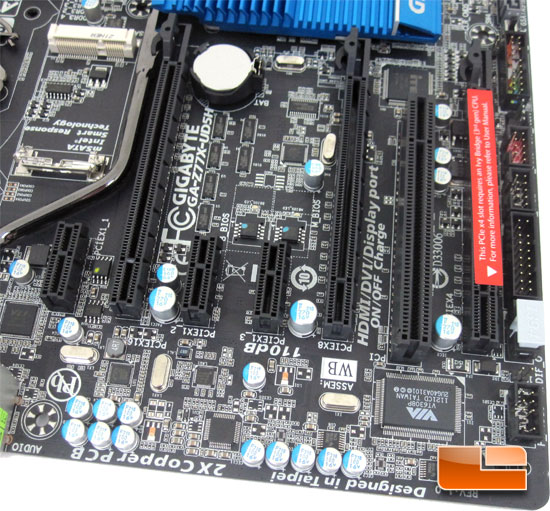 Continuing along the edge of the board we can see the multicolored header which happens to be the pinout for the front panel connectors. Beyond that we have a 4pin system fan header, a pair of internal USB 2.0 headers. The internal USB 2.0 header that is red is designed for the GIGABYTE On/Off charge. Moving past the USB 2.0 headers we have the pinout for the T.P.M.(Trusted Platform Module) and the internal Firewire header. Barely visible behind the front panel audio header is the SPDIF out header. Rounding the corner we can see some of the key integrated chip, the first and largest is the VIA VT6308P Firewire controller, just above the capacitors is a Texas Instruments DRV632. We also have the Atheros AR8151 Gigabit LAN controller and the Intel 82579V Gigabit LAN controller. Taking a look at the expansion slots on the GIGABYTE Z77X-UD5H WiFi we can see that we have three PCIe x1 slots, three PCIe x16 slots and a single PCI slot. The PCIe x16 slots will operate at PCIe Gen 2 standards when a Sandy Bridge processor is installed. Interesting considering there are many Intel Z68 motherboards that already support PCIe Gen 3 with a Sandy Bridge processor. Along the third PCIe x16 slot is a sticker that reads “This PCIe x4 slot requires an Ivy Bridge (3rd gen) CPU. For more information, please refer to User Manual. After reading the manual and looking specifically for more information I wasn’t able to find anything on it. 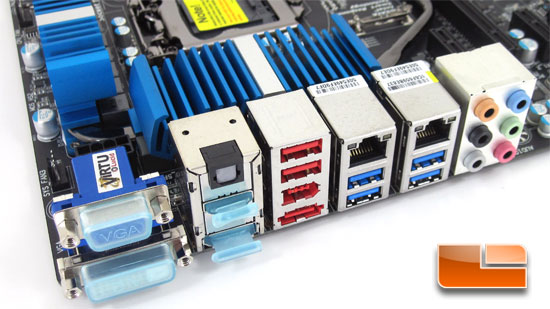 The I/O panel doesn’t feature anything that we haven’t seen previously. If you are planing on taking advantage of the Intel ‘Ivy Bridge’ HD 4000 graphics or the Sandy Bridge HD 3000 graphics you have plenty of connector options. The GIGABYTE Z77X-UD5H WiFi has a 15 pin DSub, DVI, HDMI, and a Display port. There is a total of six USB ports, four SuperSpeed USB 3.0 and a pair of USB 2.0. We also have Firewire, eSATA (controlled by the previously mentioned Marvell 88SE9172 SATA III 6Gbps controller), Dual Gigabit LAN ports one of which is controlled by the Intel 82579V controller and the other by an Atheros AR8151 Gigabit LAN controller. For audio options, we have the typical six audio jacks and an optical SPDIF out. 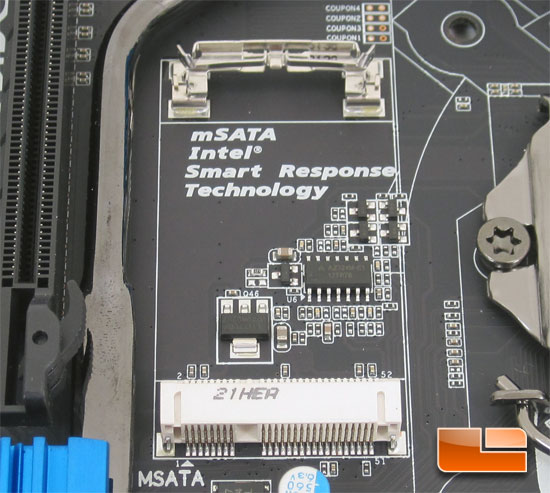 The GIGABYTE Z77X-UD5H WiFi features a mSATA port. The mSATA port is limited to SATA II 3Gbps speeds and is aimed at those looking to take advantage of Intel Smart Response Technology. If you plan on using this be careful, it does disable two of the SATA II ports.