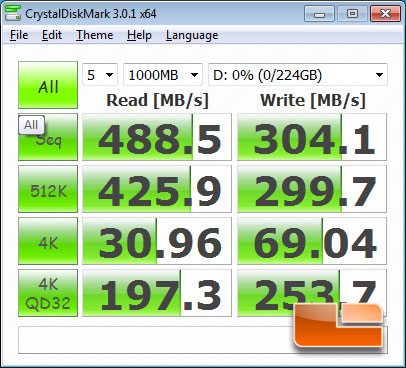 Benchmark Results: There isn’t a very big difference between the various motherboards in our SATA III 6Gbps testing today. Across all of them we have nearly 5% difference in the sequential read tests. The top dog is the ASUS P8Z68-V Pro while the MSI Z77A-GD65 filled in the bottom of the chart. Falling into the middle is the pair of GIGABYTE Z77 motherboards that are our focus today. The GIGABYTE Z77X-UD3H had an average read of 496.6MB/s with an average write of 308.0MB/s. The GIGABYTE Z77X-UD5H was just behind the UD3H with an average read of 489.3MB/s and an average write of 307.6MB/s. 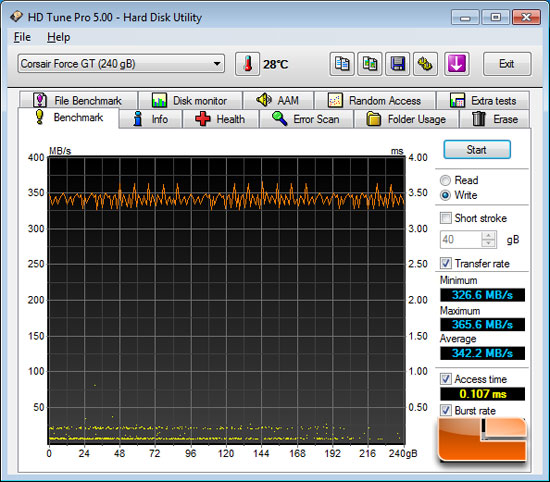 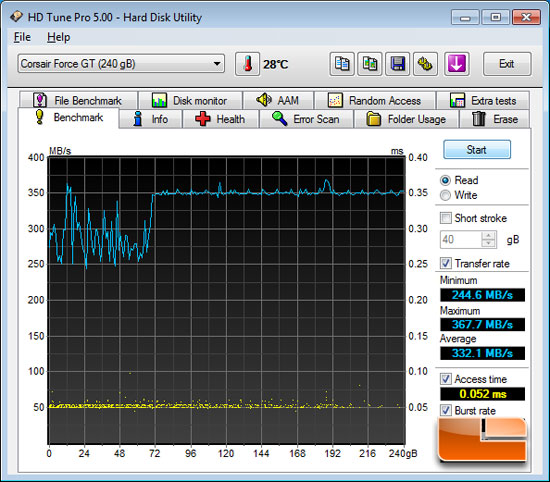