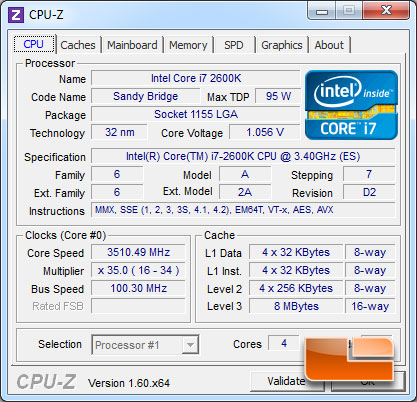 The Intel Core i7 2600K utilizes a Bclk of 100MHz, under full load the Intel Core i7 2600K uses a multiplier of x34 to achieve the final clock speed of 3.4GHz. Since we are using a K series processor which has an unlocked multiplier we will be able to increase the default x34 multiplier to achieve our overclock today. We can see in the above CPUz 1.60 screen shot that with the Turbo mode engaged we are cruising along at 3.5GHz. 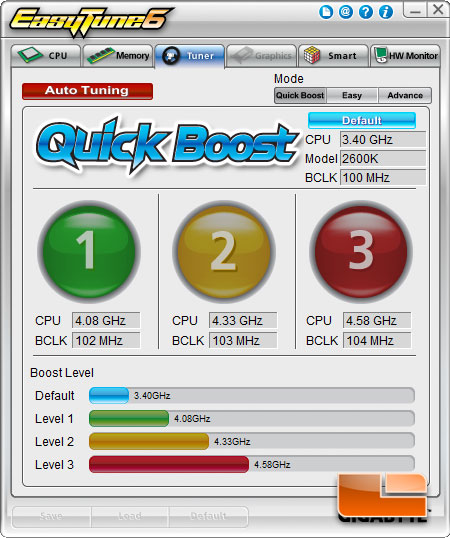 GIGABYTE has their own software that makes overclocking easy for everyone. It has three different presets available to choose from. Each preset uses a combination of BCLK overclocking and multiplier overclocking. We will give each of these a try and see what kind of performance gain you can expect if you choose to overclock this way. 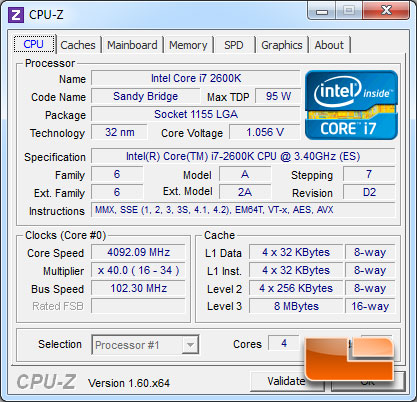 Once we fired up GIGABYTE EasyTune 6 we selected the overclocking preset number 1, we were asked to reboot the system. Upon rebooting the system we now overclocked to nearly 4.1GHz with a multiplier of x40 and a BCLK of 102.3MHz for a final overclock of 4092.09MHz and the system was rock solid! 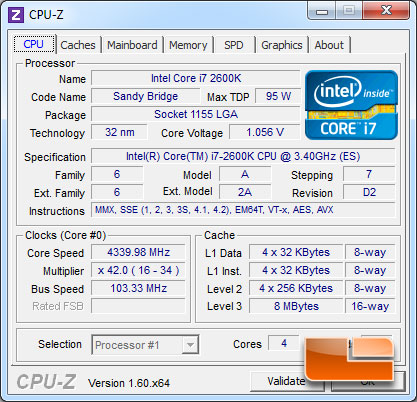 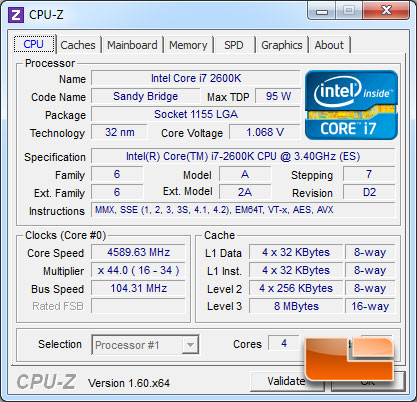 We tried the third and final preset in GIGABYTE’s EasyTune6 software and once again it worked flawlessly. The third preset bumped the multiplier up to x44 and the BCLK to 104.31 and our 2600K was solid at 4589.63MHz! Nearly 4.6GHz is a great overclock especially considering that all we did was select the third preset and reboot the system and we were done! 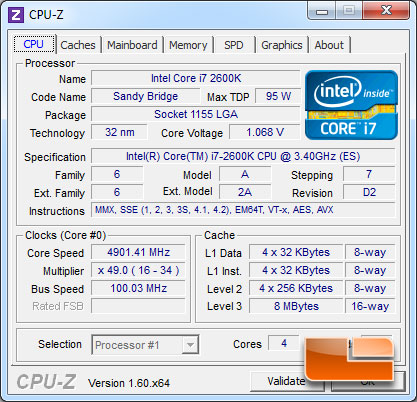 We didn’t want to leave the system alone at 4.6GHz, we wanted to see just how far we would be able to our Intel Core i7 2600K. We were able to boot into Windows at 5.01GHz, but we had no system stability at that speed. The highest we were able to push our Intel Core i7 2600K to on air tonight is 4.9GHz. When running Prime95 to check for stability we were running into temperature issues and our processor was running in the high 90’s so we aren’t sure how stable the system is, but is was more than enough to run our benchmarks at. 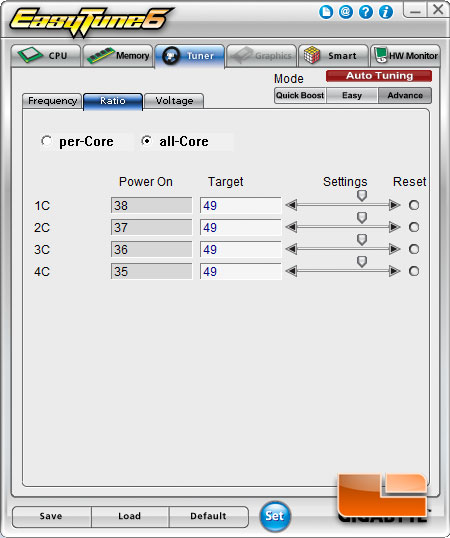 You can see that we increased our multiplier to x49 in the GIGABYTE EasyTune6 software without an issue. 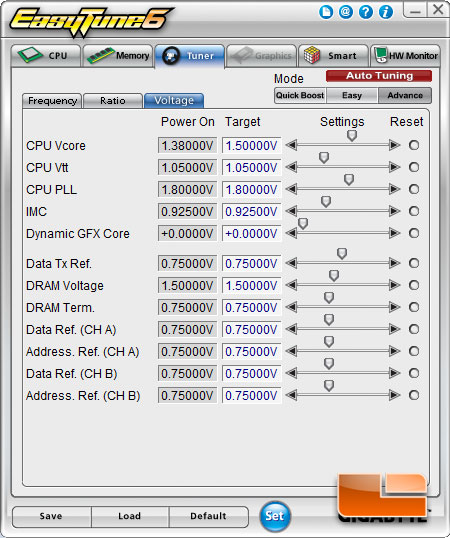 The only voltage we had to adjust was the CPU Vcore, it was raised to 1.5V. Everything else was left alone.