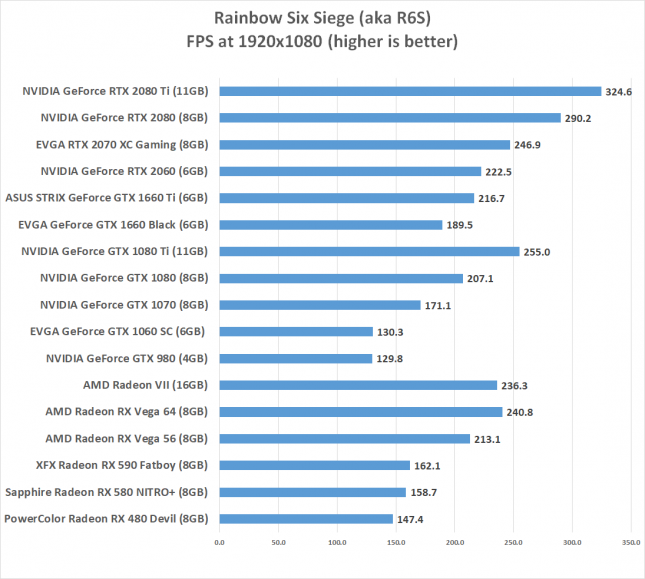 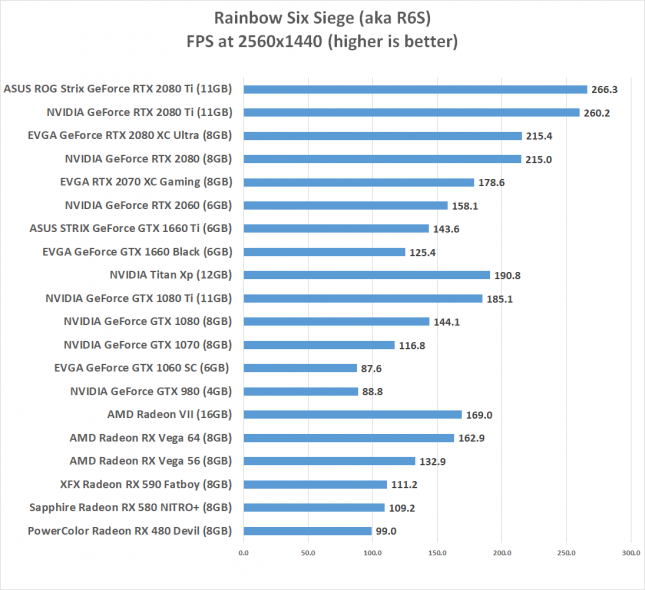 Benchmark Results: The GeForce GTX 1660has no problems playing Rainbow Six: Siege at both of the display resolutions that we tested as it easily bested both the GeForce GTX 1060 6GB and Radeon RTX 590 cards.