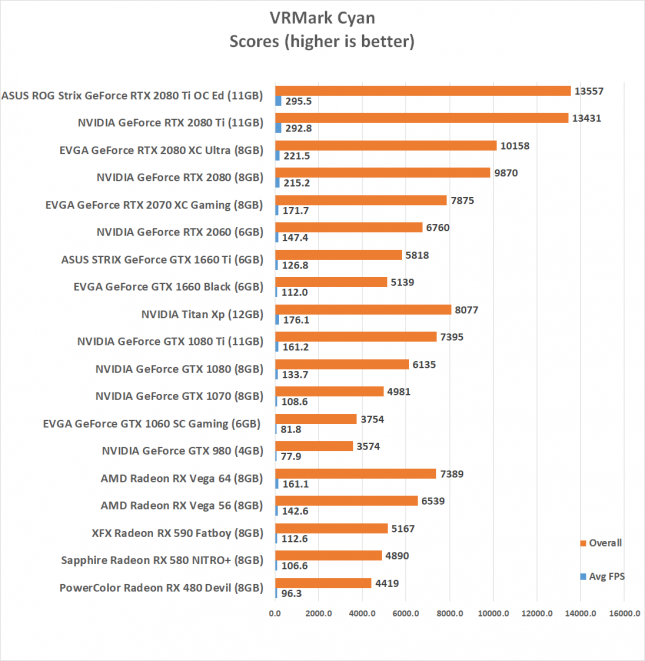 Benchmark Results: The EVGA GeForce GTX 1660 Black finished with a score of 5,139 points. This puts the GeForce GTX 1660 and the Radeon RX 590 in basically a virtual tie when it comes to VR performance as both came in at 112 FPS. 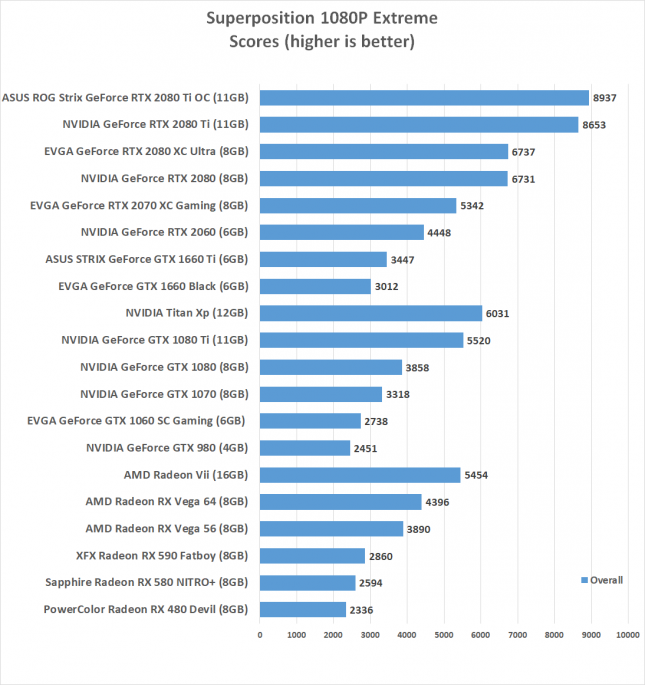 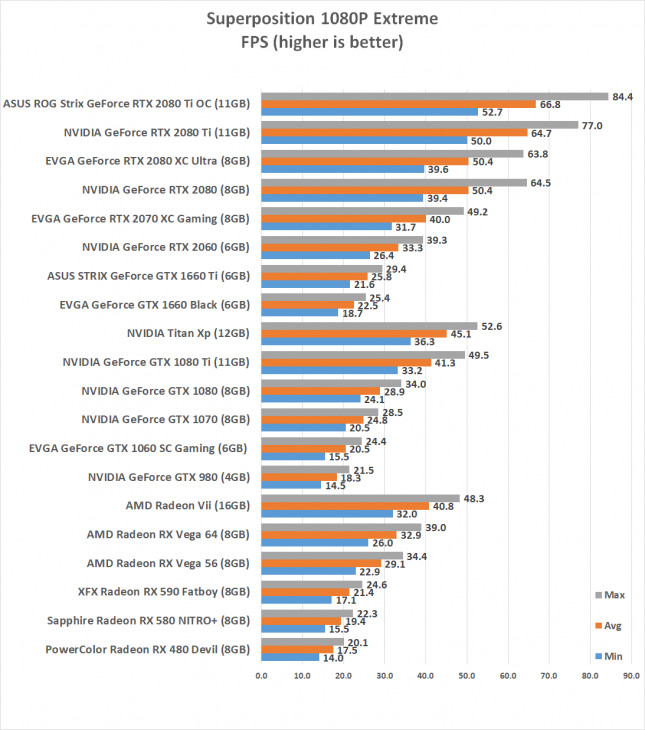 Here are the FPS results from the benchmark for those that would like more details. The GeForce GTX 1660 averaged 22.5 FPS on this very tough 1080P benchmark test. The only single-GPU solution that can run this benchmark with over a 60 FPS average would be the GeForce RTX 2080 Ti models.