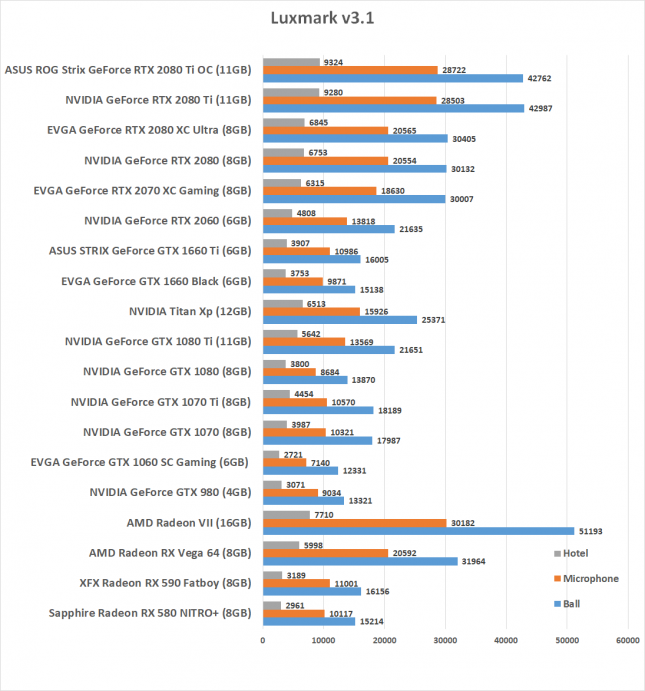 Benchmark Results: The GeForce GTX 1660 Ti was found to have more raw OpenCL performance to the GeForce GTX 1060 6GB according to the results from Luxmark. 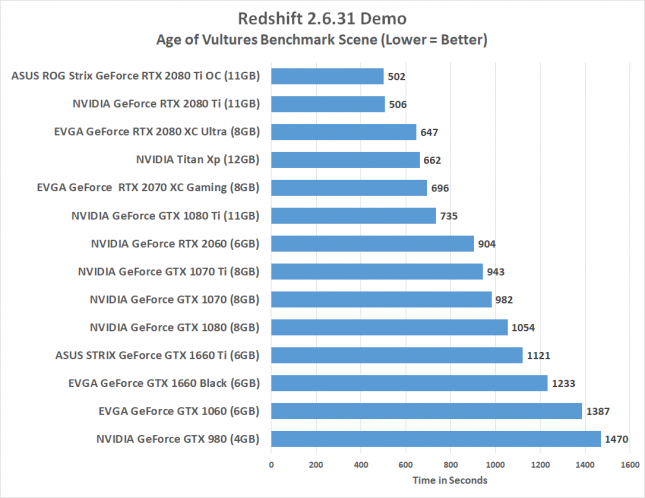 Benchmark Results: The GeForce GTX 1660 finished with a time of 20 minutes and 33 seconds on the Age of Vultures benchark scene in Redshift. This is about 11% faster than the GeForce GTX 1060 6GB, so we found a respectable performance bump in GPU-accelerated rendering here.