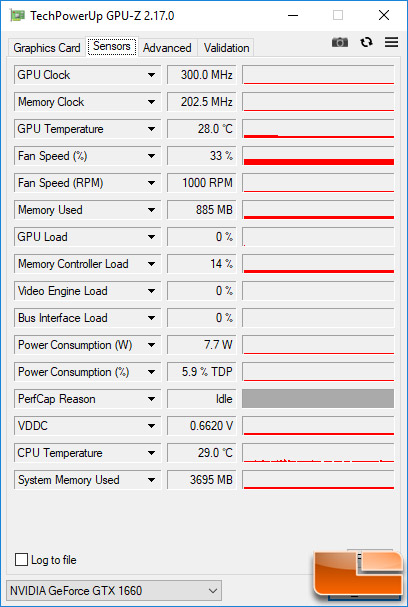 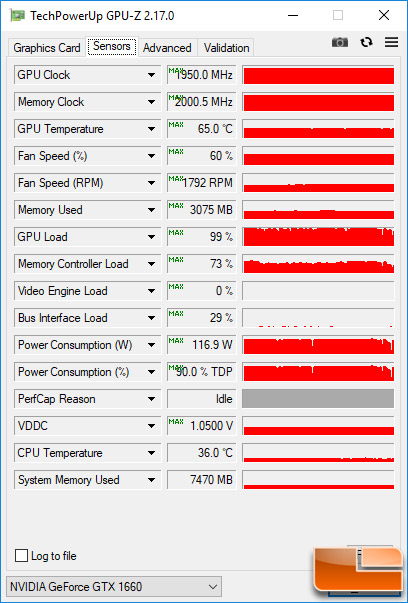 At idle we were sitting at around 28C with minimal fan noise as it was spinning at just 1,000 RPM. After playing PUBG for over an hour at 1440P we found that the temperatures topped out at 65C. There was absolutely no choke whine or any noise coming from the card while gaming and the fan topped out at 1,800 RPM. 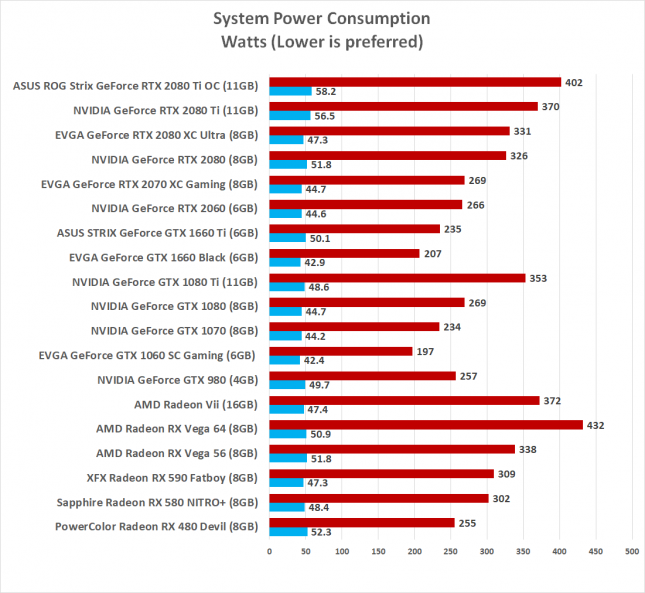 Power Consumption Results: The NVIDIA GeForce GTX 1660 has a 120W TDP and it topped out at just 207 Watts in our power test. The only card to use less power in our charts was the GeForce GTX 1060 6GB. The EVGA GeForce GTX 1660 Black uses roughly 100W less power than the Radeon RX 580 and Radeon RX 590 graphics cards and that is hard to ignore as all three of these cards are available for around $220.

Let’s take a look at overclocking next!