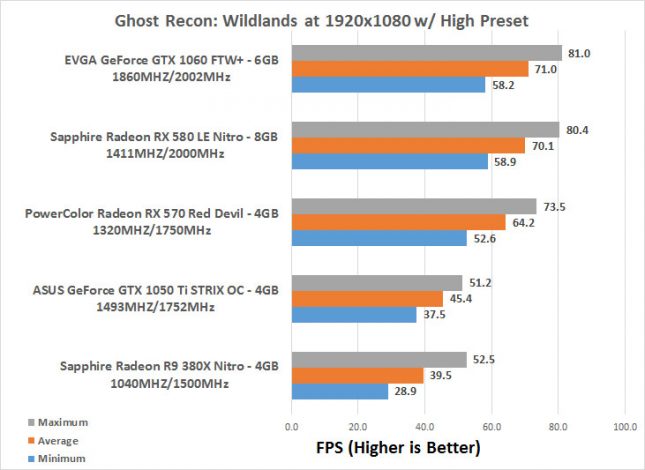 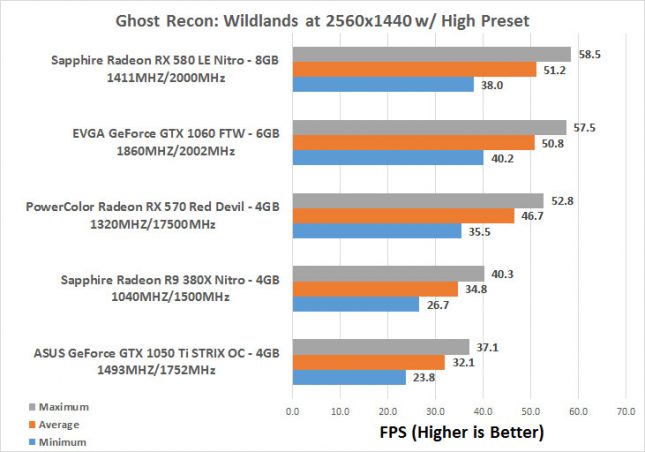 1080P Benchmark Results: Ghost Recon Wildlands is a very tough game title when it comes to graphics and at 1080P with just the high preset we were getting around 45 FPS on the ASUS Geforce GTX 1050 Ti 4GB ROG STRIX OC Edition. Dropping down the image quality one preset will get you over the 60 FPS mark, so not a bad performance number from a card that will run you around $150.