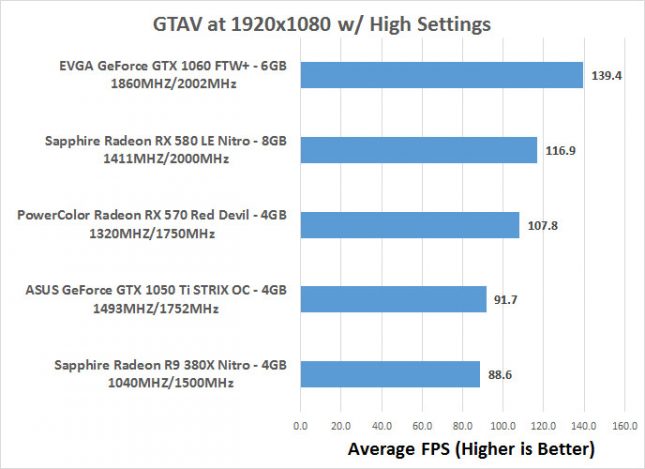 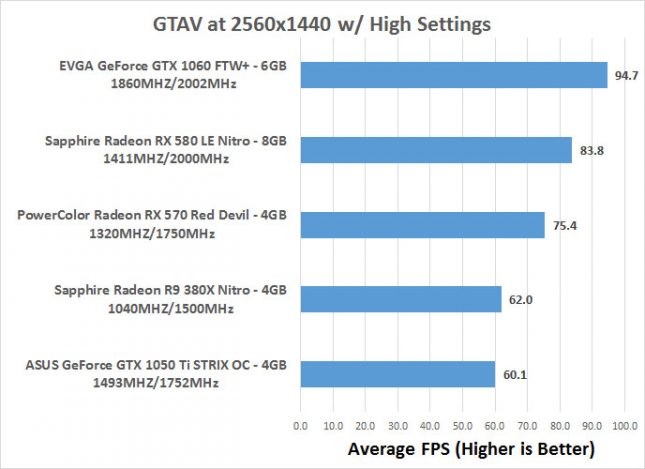 Benchmark Results: The ASUS Geforce GTX 1050 Ti 4GB ROG STRIX OC Edition graphics card made short of GTAV and we were able to average above 60 FPS at both 1080P and 1440P display resolutions. 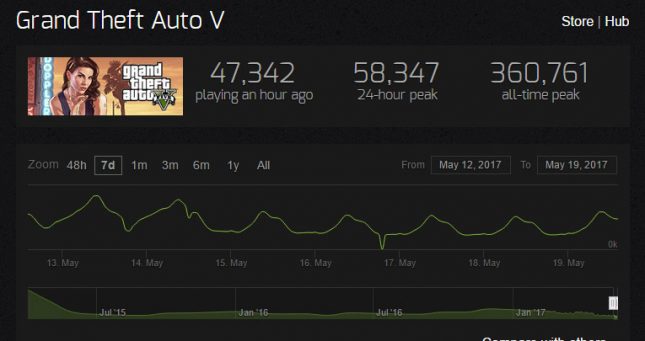 Over 47,000 gamers are playing GTAV on steam right now and if they had a GeForce GTX 1050 Ti they could be playing it at 1080P with silky smooth game play!