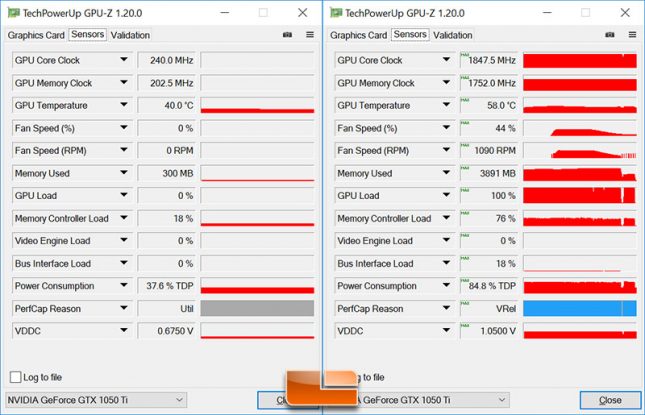 When it comes to temperatures we were seeing 40C idle with no fans spinning and 58C at load on the ASUS Geforce GTX 1050 Ti 4GB ROG STRIX OC Edition graphics card. The fan speeds got up to 44% and that had the fans running at 1090 RPM. You could barely hear the fans running on the open test bench over the water cooler, so inside a case it should be barely audible if you get decent airflow. 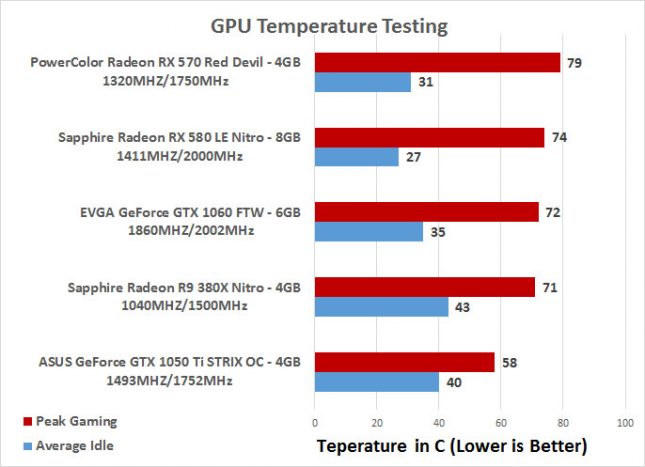 When it comes to GPU temperatures ASUS Geforce GTX 1050 Ti 4GB ROG STRIX OC Edition comes in much cooler than the others at load. Note that all four cards have 0dB fans at idle that did not spin. 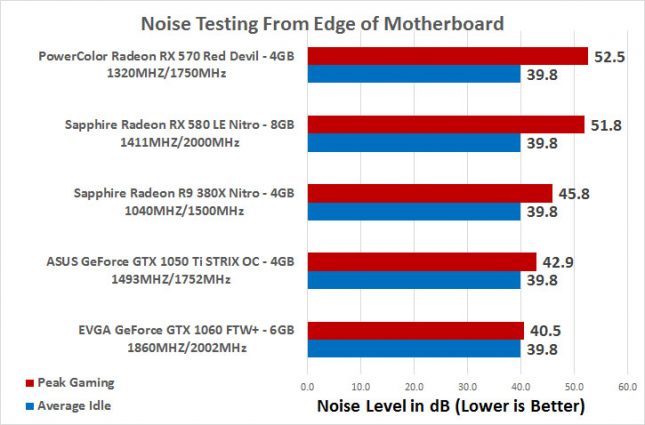 When it comes to noise levels the ASUS Geforce GTX 1050 Ti 4GB ROG STRIX OC Edition graphics cards the card is one of the quietest of the bunch.