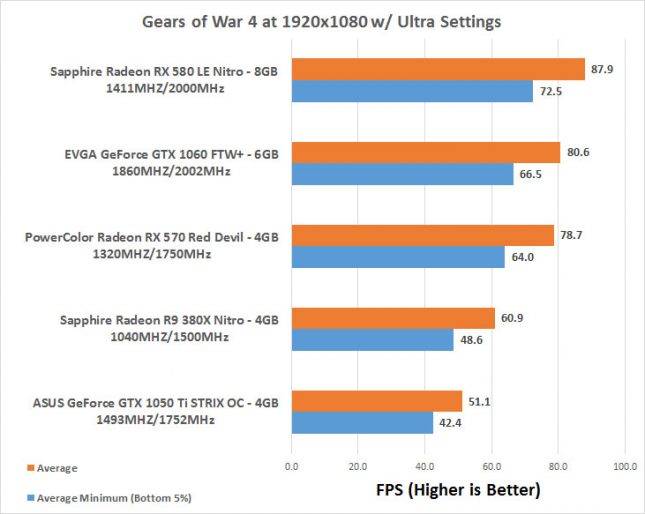 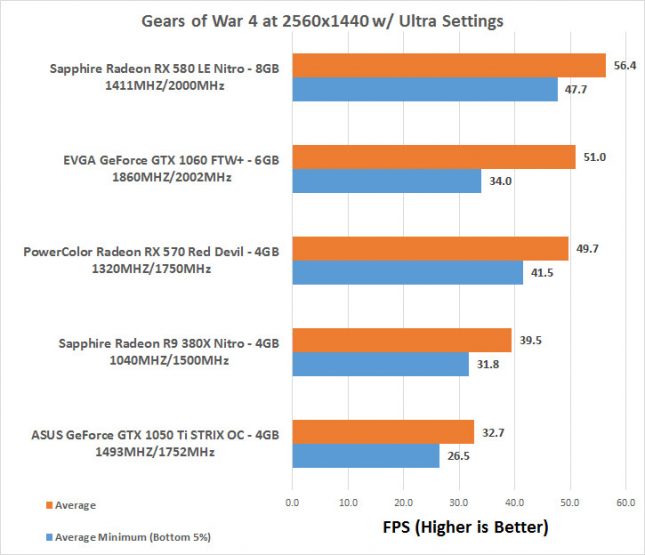 1440P Benchmark Results: The ASUS Geforce GTX 1050 Ti 4GB ROG STRIX OC Edition averaged 51 FPS on Gears of War 4 at the Ultra Preset and was actually pretty smooth at that setting despite dropping down into the low 40’s at a couple spots. Once again this is one of those game titles that you’ll need to drop the image quality from Ultra to get a really smooth gaming experience across all the game scenes.