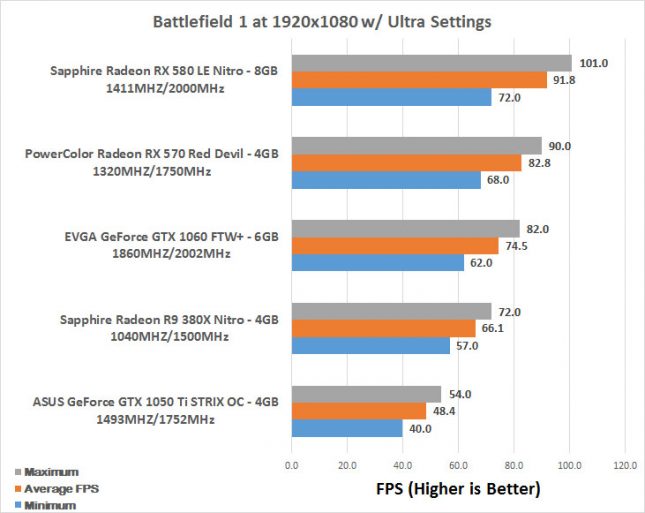 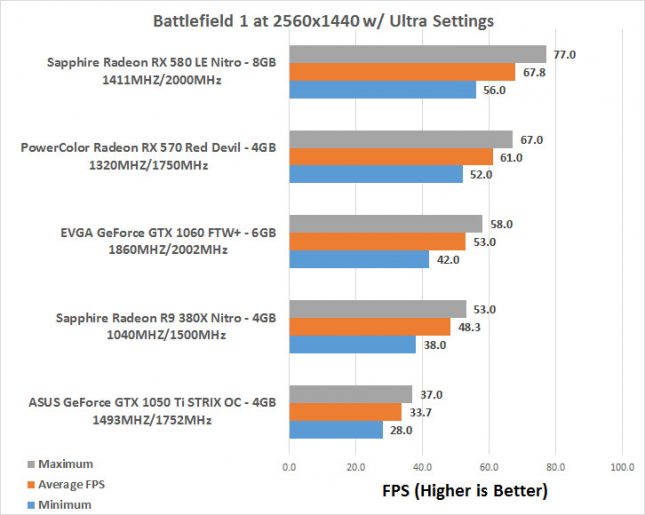 Benchmark Results: Battlefield 1 is pretty tough on graphics cards with the Ultra image quality preset, but we were still able to average 48 FPS on 1080P on the ASUS Geforce GTX 1050 Ti 4GB ROG STRIX OC Edition. When we cranked up the screen resolution to 2560×1440 our performance dropped down to 33 FPS, so you can see this card is certainly not aimed at those gamers.