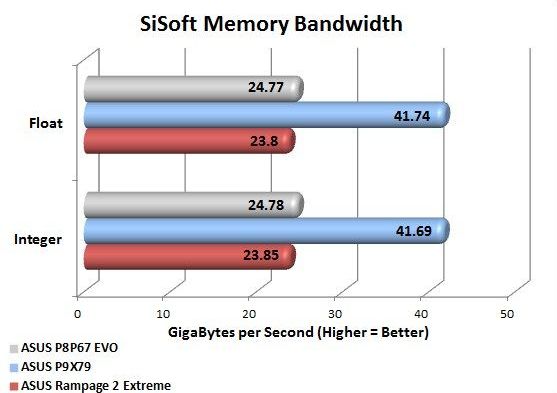 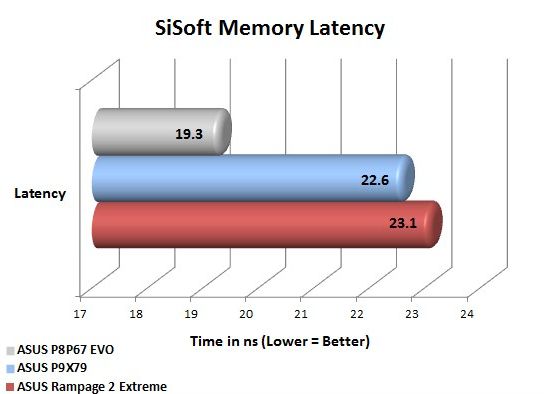 Looking at the memory latency on each of the tested platforms, this time around the 2600K CPU gives us the best overall speed in regards to the memories latency rating. Will having roughly a 5 ns difference in time be enough to tell the difference? Depends on the application and what you are using your computer for, but for the most part you will not be able to tell the difference.