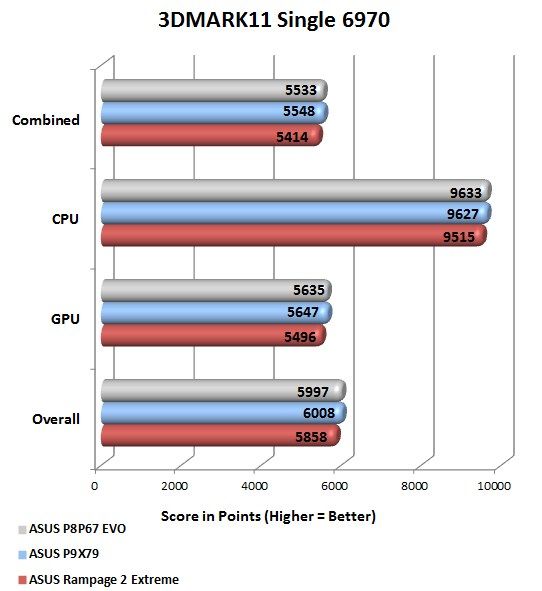 Since that again I am testing 3 very different computer platforms, and the fact that 3Dmark11 will vary from one test to the next, I am going to say that the performance of all of the tested motherboards is on par with one another. I will have to add this though, the P8P67 EVO and the P9X79 Deluxe motherboard platforms consistently kept out performing the Rampage II Extreme motherboard with the Core i7 970 CPU.