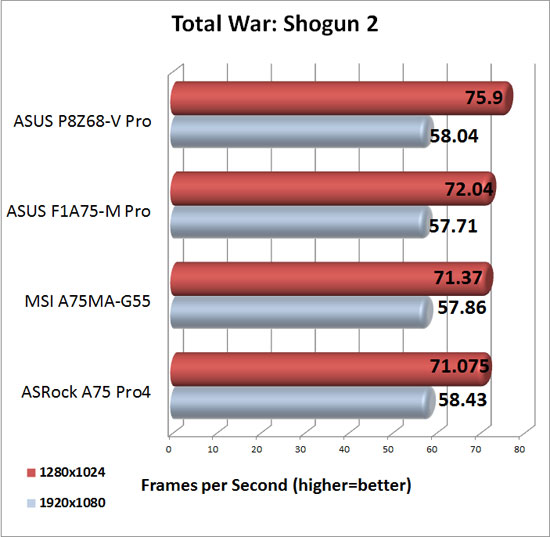 Breaking out the XFX Radeon HD 6950 for some dedicated graphics card testing we can see a difference between the platforms, though perhaps not as much as one would think. Looking solely at the AMD APU systems, we only see ~1 frame per second seperating them at either resolution. At 1280×1024 our ASRock A75 Pro4 took the bottom spot in Total War: Shogun 2 with an average of 71.075 frames per second. This is only 1.3% behind the top APU system. Once we cranked up the resolution to 1920×1080, the tables were turned. The ASRock A75 Pro4 was able to take the top spot of all the systems including the ASUS P8Z68-V Pro Intel Sandy Bridge system. 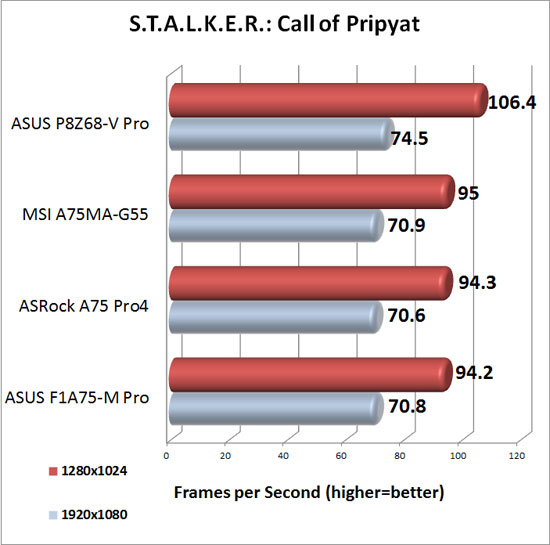 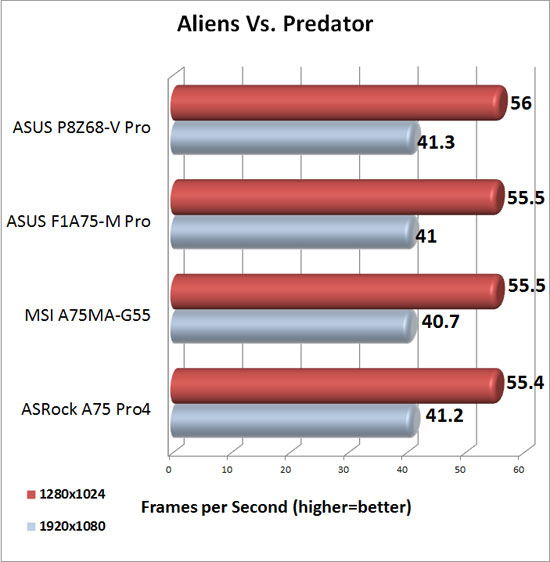 Aliens Vs. Predator shows very little performance difference in our systems. At 1280×1024 there is only .6 frames per second difference between the platforms, with the Intel Sandy bridge system edging out our AMD APU systems. The ASRock A75 Pro4 happened to be at the bottom of charts, though as I said there is minimal differences with only 1.1% separating them. At 1920×1080 there is once again a .6 frame per second difference with the ASRock A75 Pro4 falling just behind the ASUS P8Z68-V Pro by .1 frame per second.