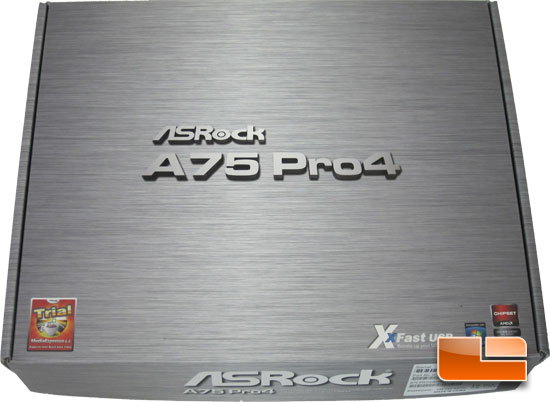 The retail packaging for the ASRock A75 Pro4 is kept nice and simple. With minimal marketing text on the front of the box, it forces you to get a hands on look to find out the specifications on the board which can be found on the back of the packaging. 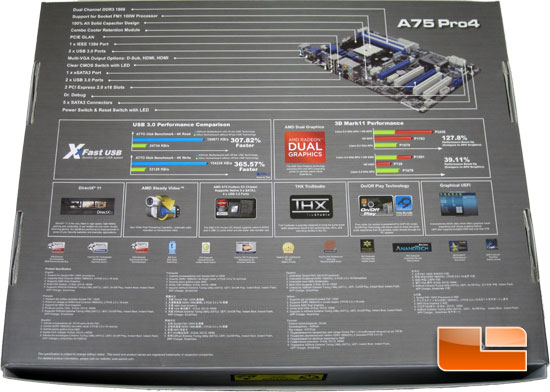 Once you have the ASRock A75 Pro4 in hand you can check out the specifications and even the layout of the A75 Pro4. 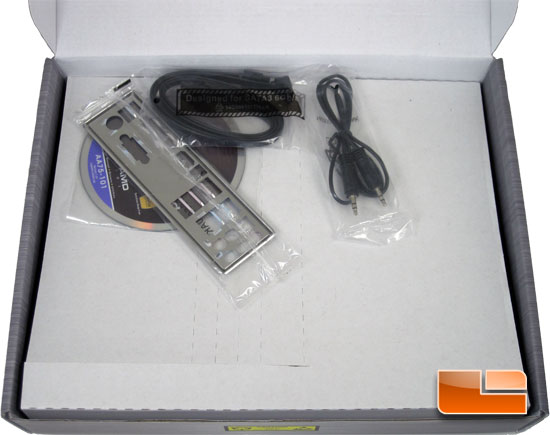 Once we open up the box for the ASRock A75 Pro4, we first stumble across the bundle. It is a relatively light bundle, though you get the basics that you’ll need. You receive a couple of SATA cables, I/O shield, 3.5mm audio cable, driver disc, and according to the ASRock website a quick installation guide. 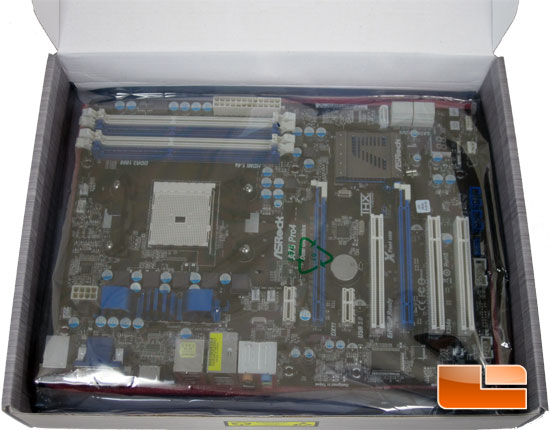 Once we remove the protective layer of cardboard that separates the bundled accessories from the board, we can catch our first glimpse of the actual ASRock A75 Pro4 motherboard! On the following page we will remove the anti-static bag, and take a much closer look at the layout and details!