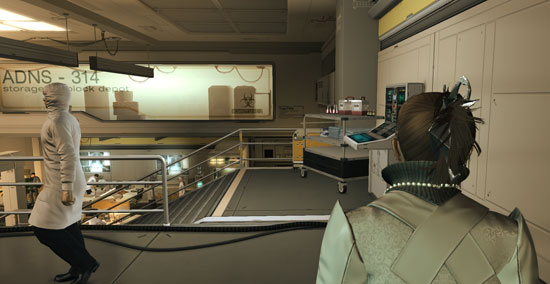 Deus Ex: Human Revolution is the third game in the Deus Ex first-person role-playing video game series, and a prequel to the original game. Announced on May 27, 2007, Human Revolution was developed by Eidos Montreal and published by Square Enix. It was released in August 2011. Human Revolution contains elements of first-person shooters and role-playing games, set in a near-future where corporations have extended their influence past the reach of global governments. The game follows Adam Jensen, the security chief for one of the game’s most powerful corporations, Sarif Industries. After a devastating attack on Sarif’s headquarters, Adam is forced to undergo radical surgeries that fuse his body with mechanical augmentations, and he is embroiled in the search for those responsible for the attack. 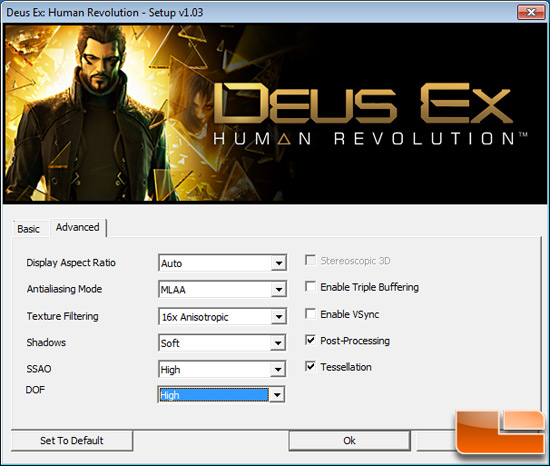 Deus Ex: Human Revolution uses a modified Crystal Dynamics Crystal game engine, which some of you might know as the game engine from previous Tomb Raider game titles. The game developers did some rather hefty modifications to this engine though as the graphics are superb in this title. 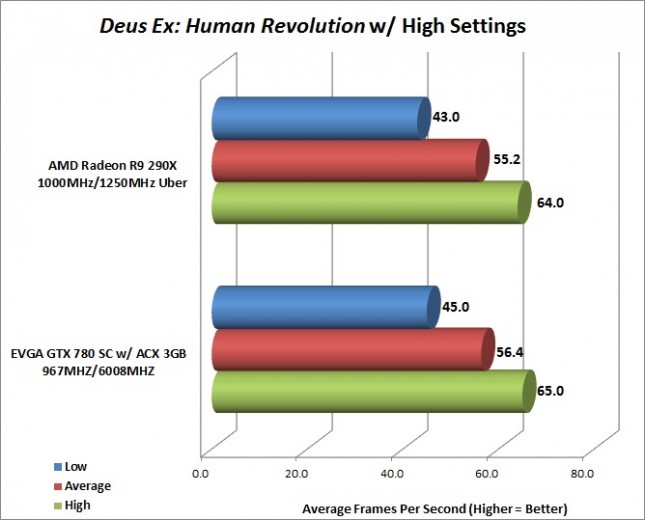 Benchmark Results: In Deus Ex: Human Revolution we see the NVIDIA GeForce GTX 780 SC edging out the AMD Radeon R9 290X with a clean win for the first time in out benchmarking.  This is an older game title, but it just goes to show that gaming on a 4K monitor isn’t totally lopsided towards AMD right now.

Playing Deus EX: Human Revolution on a 4K display was a real treat and we were amazed to find that we were getting pretty damn smooth gameplay with both video card setups. I personally remember playing Deus Ex: Human Revolution with these very same settings back in 2011 on an NVIDIA GeForce GTX 560 Ti and getting barely 70FPS at 1920×1080! Here I am in 2013 running the same game title on an insane 4K monitor and getting nearly 60FPS. So, basically the same performance and there are 4 times the number of pixels being displayed on the screen in front of me!
Questions or Comments? View this thread in our forums!
Jump To:
« Prev 1 2 3 4 5 6 7 8 9  Next »
Tweets by LegitReviews