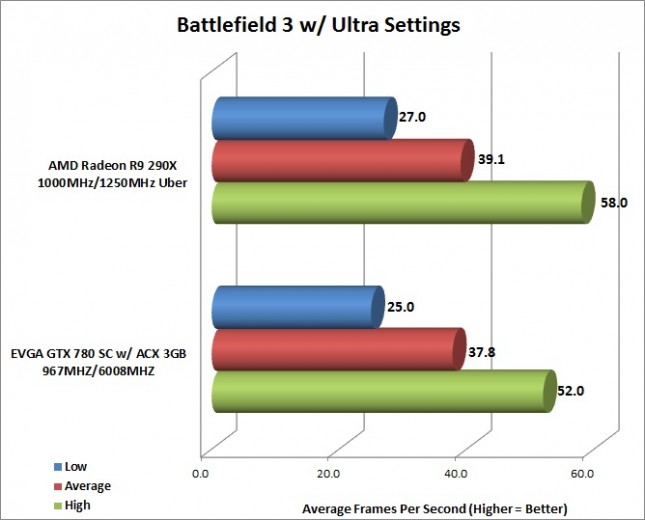 Benchmark Results: The AMD Radeon R9 290X was able to outperform the EVGA GeForce GTX 780 Superclocked across the board in Battlefield 3 at 3840 x 2160 on the 4K monitor. There was less than a 2FPS difference on average, which isn’t much though. 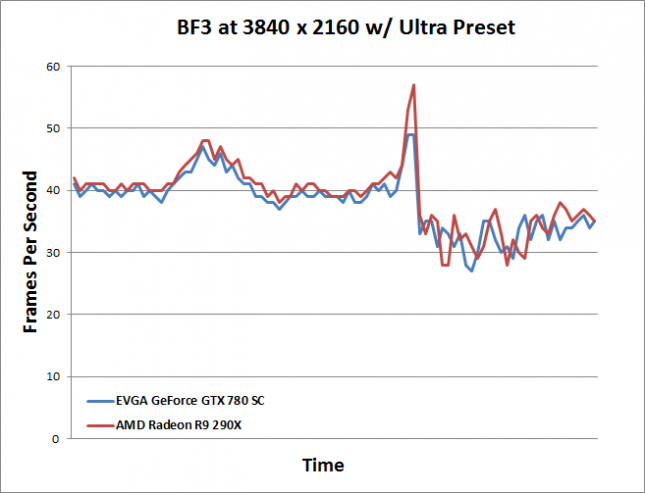 The first 90 seconds from our FRAPS log we can see how evenly matched things these two cards are!