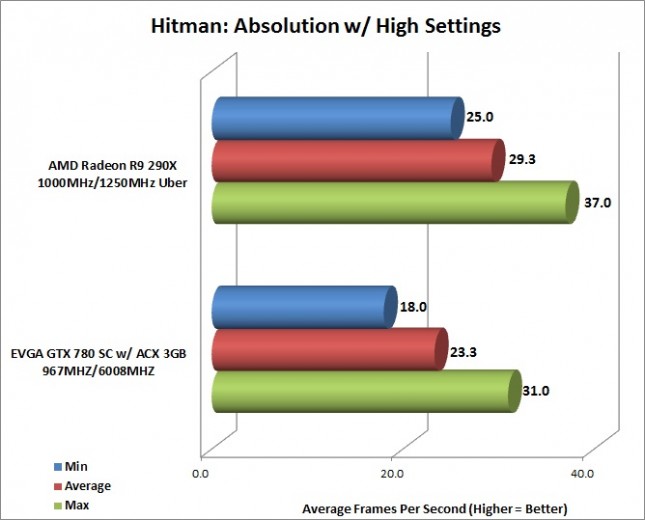 Benchmark Results: The AMD Radeon R9 290X was about 7 FPS faster on average than the EVGA GeForce GTX 780 SC in the latest Hitman game title! It also had higher minimum and maximum FPS ratings. 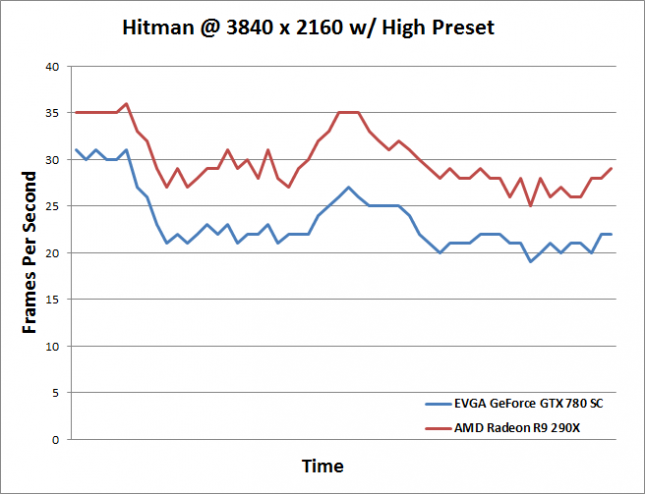 The FRAPS log showed that both cards had similar performance characteristics, but there was clearly a performance gap between them.