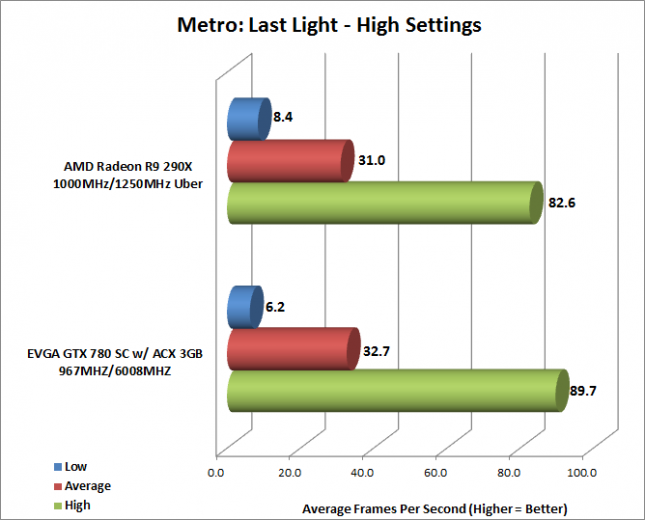 Benchmark Results: In Metro: Last Light the AMD Radeon R9 290X had a lower average FPS, but had better performance when things bottomed out. The EVGA GeForce GTX 780 Superclocked and AMD Radeon R9 290X are pretty evenly matched in this game title. 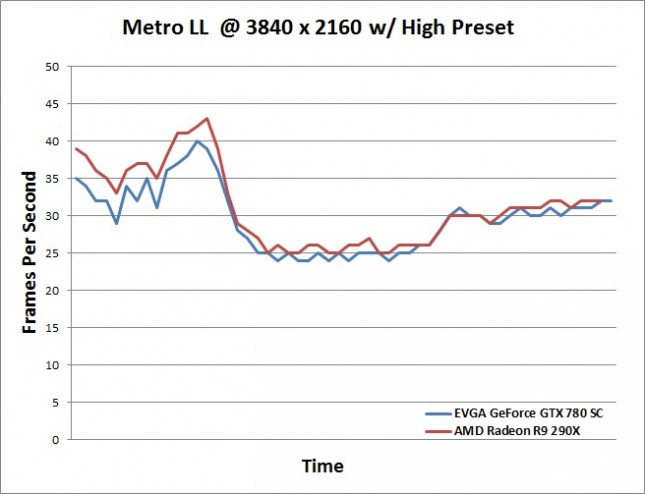 Taking a closer look at the detailed results from the first 90 seconds from our FRAPS log we can see how evenly matched things are.  The FRAPS log shows the AMD Radeon R9 290X doing well in the first portion of our benchmark run.