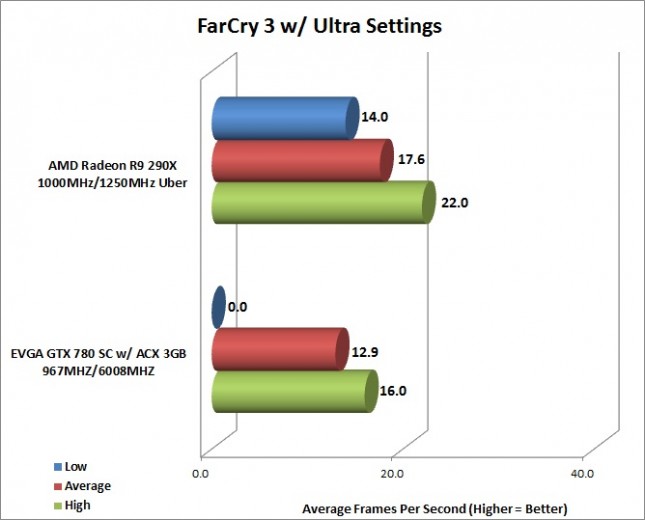 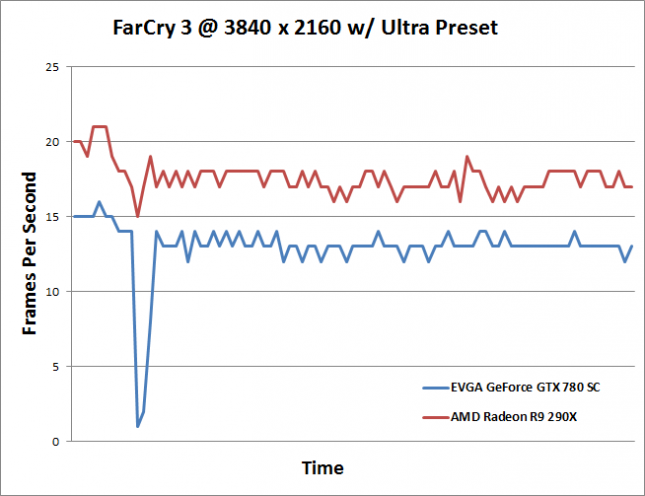 A detailed look at the FRAPS logs shows where the game actually stutters and freezes for a couple of seconds on the EVGA GeForce GTX 780 Superclocked card, which totally ruins your gaming experience.  The AMD Radeon R9 290X did not have nearly as severe a drop due to the fact that it has 4GB of memory versus 3GB on the GeForce GTX 780.  The frame buffer is filling up on the GeForce GTX 780 with Ultra image quality settings at 4K resolutions. 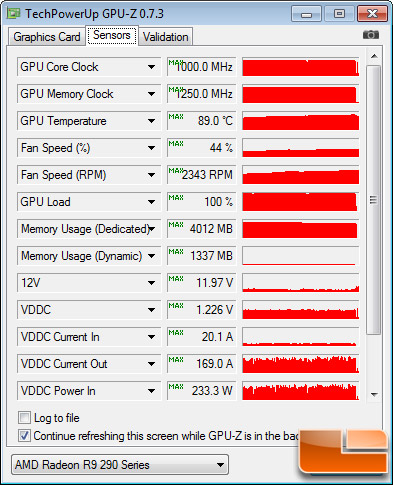 A quick look at the GPU-Z sensors confirms that we are using gobs of memory. The AMD Radeon R9 290X used 4012MB of memory, so you can see that with 4K monitors you really do need a video card with as much frame buffer as possible! The AMD Radeon R9 290X setup didn’t have the frame rate drop to zero, but we could ‘feel’ hesitations at some points in the game on the 4K monitor that aren’t there when gaming at lower resolutions.