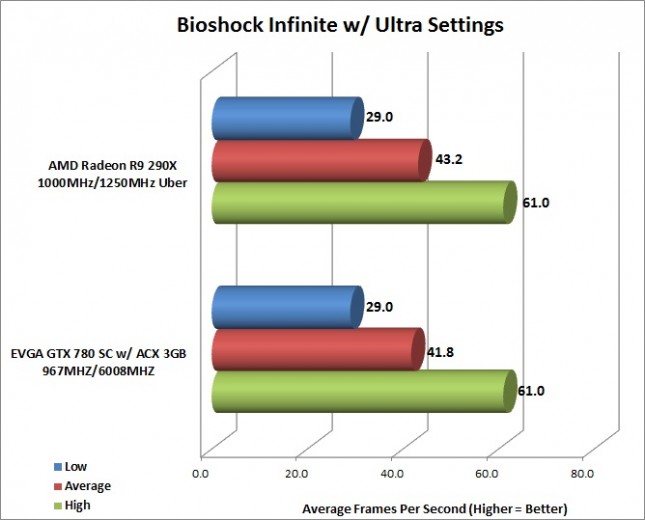 Benchmark Results: The Radeon R9 290X and EVGA GeForce GTX 780 SC were damn near tied again in Bioshock Infinite with the only difference being the average FPS. 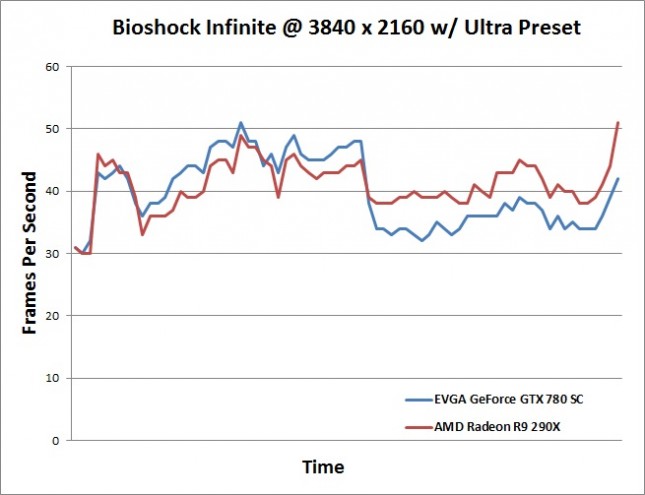 The first portion of the frame log shows that the GeForce GTX did better at the very beginning of the benchmark, but the AMD Radeon R9 290X was doing better in at the end.