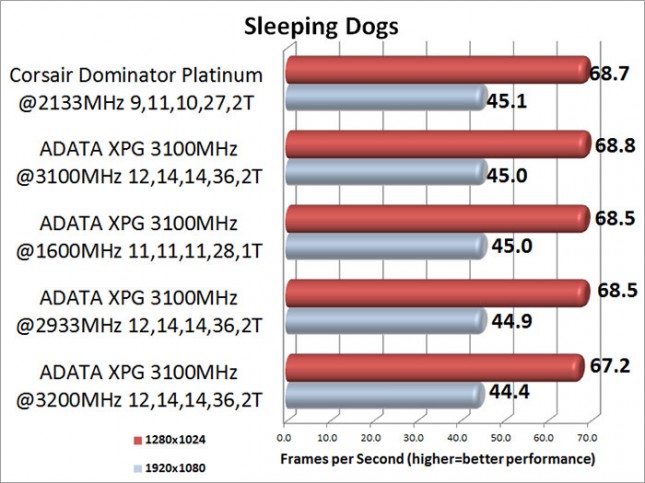 Benchmark Results: Running Sleeping Dogs, the ADATA XPG 3100MHz memory kit averaged 45.0 frame per second at 1920×1080 and 68.8 frames per second at 1280×1024. There aren’t any significant gains at either resolution over the JEDEC settings. Overclocking the XPG 3100MHz memory kit to 3200MHz once again had a detrimental effect on the gaming performance as the average framerate dropped to 44.4 frames per second at 1920×1080.
Questions or comments? View this thread in our forums!
Tweets by @LegitReviews