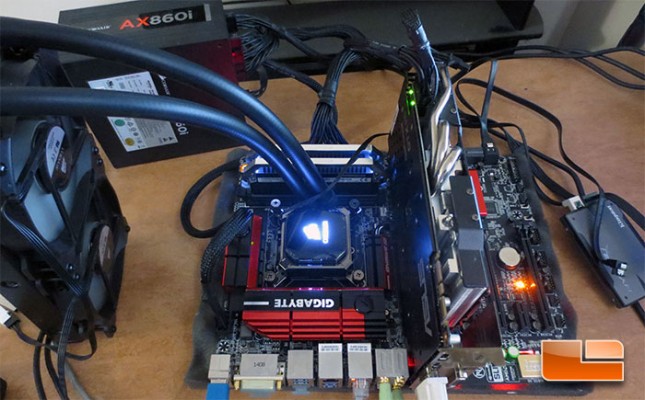 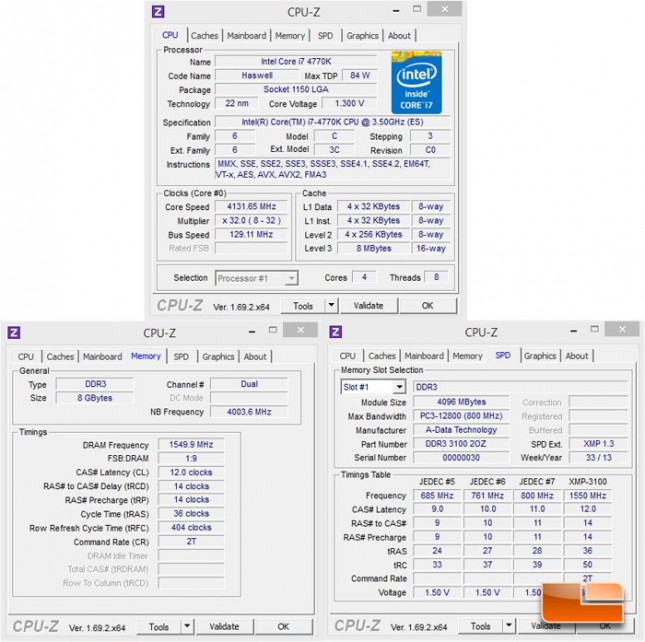 The system that I am running to test the ADATA XPG V3 3100MHz memory kit is running an Intel Core i7-4770K on a GIGABYTE Z97X-UD5H motherboard with the latest version of the UEFI BIOS. The first set-up that I will be testing will be with the XMP profile enabled and the ADATA XPG V3 memory running at 3100MHz with 12-14-14-36-2T timings. 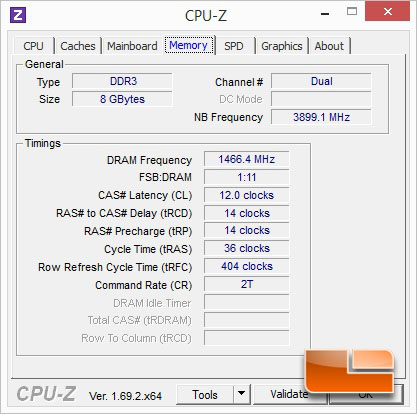 The XMP profile increases the clock speed of the processor as well as bringing the ADATA XPG V3 memory to 3100MHz, setting the memory as fast as I could without using the XMP profile gives me a memory speed of 2933MHz. This is the highest available memory multiplier and will give us the most benefit from the memory alone. 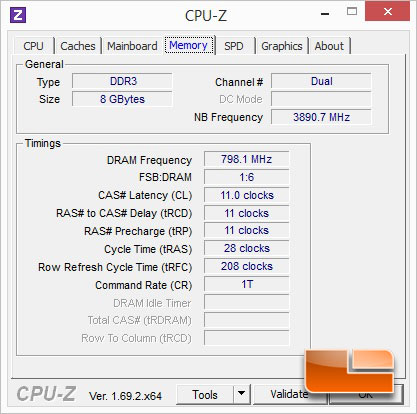