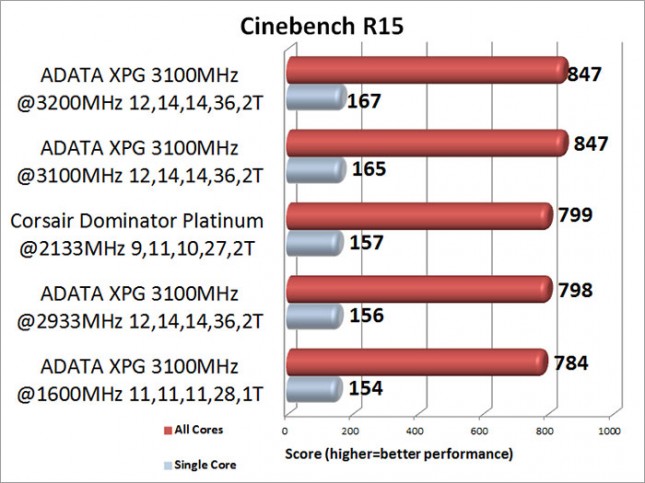 Benchmark Results: Cinebench R15 definitely saw a gain once the XMP profile was enabled on the ADATA XPG 3100MHz memory kit. Overclocking the memory to 3200MHz there was a slight boost on the single core score to 167 points. The SMP score remained at the same 847 points as the XMP profile performance.