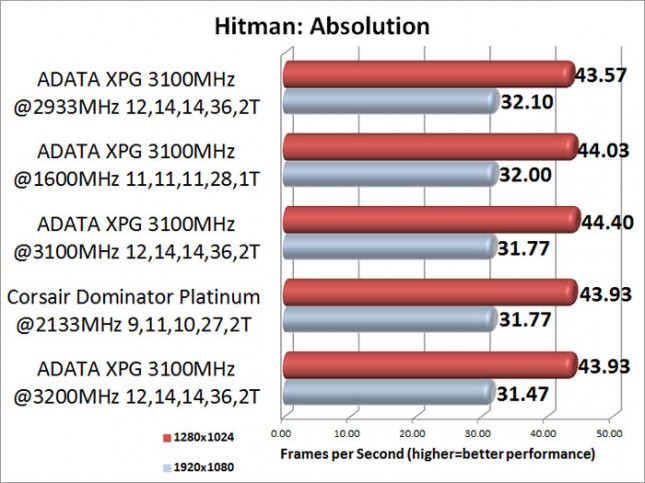 Benchmark Results: The ADATA XPG 3100MHz memory didn’t make much of a difference in Hitman: Absolution. At 1920×1080 the XMP profile averaged 31.77 frames per second and 44.40 frames per second at 1280×1024. The overclocked results took a slight hit once again and were the slowest results of the day.