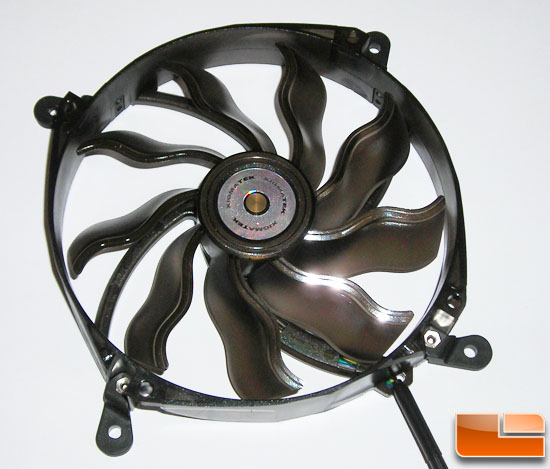 Keeping up with the trends, we have the same as before. This time in transparent black with white LEDs. 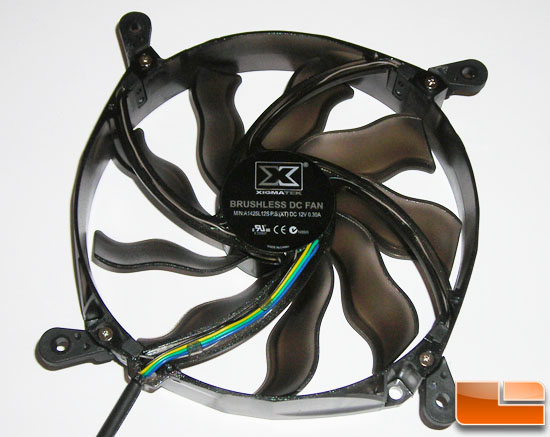 On the back, it’s the same information to be found as before. Nothing changed besides the slight variance in the model number again.

Finally, we have the side of the fan. More or less the same as before, except that you cannot really see the fan blades through the side of this fan, due to it being black on black for the most part. Once the LEDs do turn on, you can see them shine through the side and reflect off the blades which adds a pretty neat effect to the smoked surface.

Last but not least, we have the accessories. The same standard assortment we saw before, so nothing new to say.