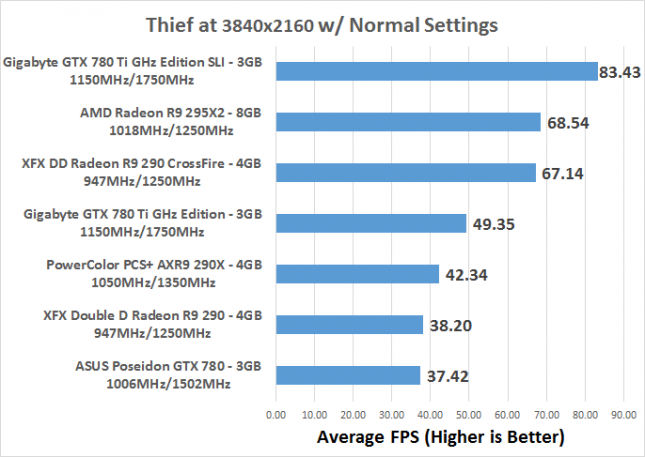 Benchmark Results: The XFX DD R9 290 averaged 38.20 FPS and the 2-way CrossFire setup averaged 67.14 FPS in Thief with normal image quality settings. This is a 75.8% performance increase and oddly enough the lowest performance gain of any title that we looked at today. The performance difference between the AMD Radeon R9 295X2 and AMD Radeon R9 290 CrossFire was less than 2FPS, so it looks like Thief doesn’t really scale that well. Thief wasn’t mentioned in the AMD Radeon R9 295X2 reviewers guide as well, which was very odd as it is an AMD backed game title and the launch title for AMD TrueAudio technology. 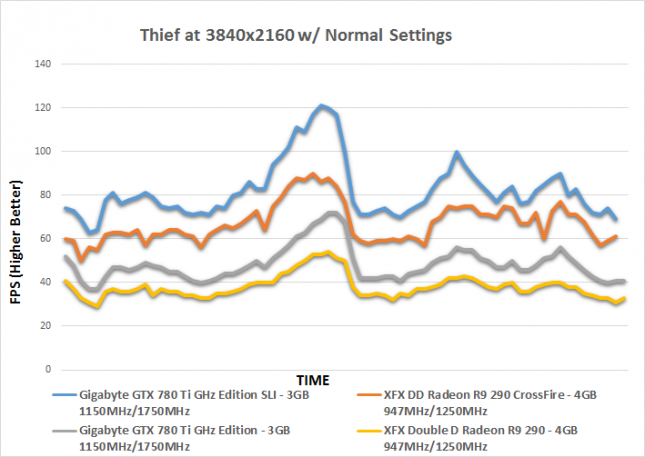 Benchmark Results: The performance over time chart showed that the XFX DD R9 290 CrossFire setup never dropped below 50 FPS during the benchmark run!